The facts behind private schools in Alberta 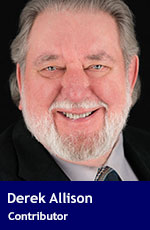 Less than four per cent of Alberta’s school students attend private schools benefiting from public support. Given that this support amounts to 60 per cent – 70 per cent of the basic per pupil operating grants to public schools – the total amount that could be redirected from private to public schools is minimal. According to a statement from the education minister’s press secretary, Alberta’s 94 financially-aided private schools received $151 million in grants this year. In comparison, financial statements from Alberta Education show that $7,228,040,463 was spent on public, separate, Francophone and charter schools in 2015. That’s $7.2 Billion, with a big, fat ‘B’. Public spending on private schools is a modest drop in a gargantuan bucket.

Just how far would the $151 million spent on private schools go if spent on public schools? Given Alberta’s 2016 budget allocated $2.9 billion to build or modernize 200 public schools over five years, not very far.

What’s more, denying private school parents the partial support their schools currently receive in order to toss a small monetary morsel into the jaws of an insatiable public system would obviously increase overall public spending because taxpayers would have to pay 100 per cent of the costs for the 20,000 or so students for whom they currently pay only 60 to 70 per cent.

Removing financial support from private schools would also deny this form of school choice to many poorer families.

Yet most disturbingly, restricting public funding to only public schools ignores the many benefits of a diverse, pluralistic, decentralized education system. Ensuring all children and youth can benefit from a high quality education is the best investment any society can make. To achieve this, governments must necessarily raise tax money to provide appropriate financial support to schools. Governments also have an obligation to establish and enforce appropriate educational standards.

Still, a far better alternative to either a full public school monopoly or a fully decentralized system of independent schools is a blended system which allows parents and pupils to freely choose between publicly and privately managed schools which best meet their preferences. Something much like Alberta’s current system of public education. Ideally, though, the best blended system would not arbitrarily cap the number of charter schools as is currently the case in Alberta. It would also encourage more public boards to offer alternate schools requested by parents, and it would ensures all families – including the poorest – could afford to send their children to a private school if they so wished.

Both public and private schools benefit society and contribute to the public good. A mature, pluralistic society that fully respects the civil and human rights of its diverse population will recognize this truth and adopt policies which allow each to flourish in ways which mutually benefit families and society at large. Alberta’s current arrangements are closer to this ideal than those in any other province. Let’s look for ways to move this best system further forwards rather than backwards.

Derek is a Troy Media Thought Leader. Why aren’t you?