K-Bro primarily serves health care facilities and hotels in Canada, Scotland and Northeast of England and employs about 2,870 people 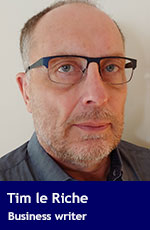 This one has come a long way, baby.

What started as an Edmonton diaper service in 1954 has grown to an international laundry service provider that just tidied up annual revenue of $239.5 million.

Edmonton-based K-Bro Linen Inc. said its 2018 revenue soaped up a 40 per cent gain compared to the previous year.

That’s a big transition from Stork Diaper Service which later changed its name in honour of the two brothers who founded the company.

New markets and acquisitions have lathered up K-Bro’s growth. Since 2005, K‐Bro has entered four new geographic markets across Canada, and in late 2017 entered into the UK market by picking up United Kingdom-based Fishers Topco. Fishers provides linen and laundry service to hotels, hospitals, manufacturers and pharmaceutical companies across Scotland and Northern England, and has roots stretching back to 1900.

In its management discussion and analysis, K-Bro states “Management believes that new outsourcing opportunities will continue to arise in the near to medium‐term and that K‐Bro is well‐positioned for continued growth, particularly as healthcare and hospitality institutions continue to increase their focus on core services and confront pressures for capital and cost savings.”

Tim le Riche is a Troy Media business reporter based in Edmonton. He writes for Edmonton’s Business.