For the fifth month in a row, the number of vacant new homes reached a record high in Edmonton, according to data released on Friday from ATB Financial’s Economics and Research Team.

ATB said the number of completed but unabsorbed houses was 1,941 in January. Compared to last year, this number is 63 per cent higher. It’s also 7.5 per cent higher than the previous record set in December. 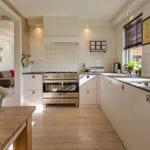 “Alberta’s capital isn’t the only city experiencing a drastic rise in the amount of new, empty homes. Vacant housing in Calgary is touching record levels, too. In January, the number of completed but unabsorbed homes reached 891. This number was close to the record reached back in 2001 and has grown 39 per cent from one year ago,” said ATB.

The financial institution said that people searching for new homes to buy will likely find more deals this year. Last year, the value of homes sold across Alberta fell nearly 10 per cent. With the number of completed but vacant homes touching record highs to start the year, it’s likely prices could drop further in 2019, it added.