Average pay hike of 2.6% predicted in 2019 for Alberta workers

Projected increases highest in the food, beverage and tobacco products industry, and the oil and gas and technology industries 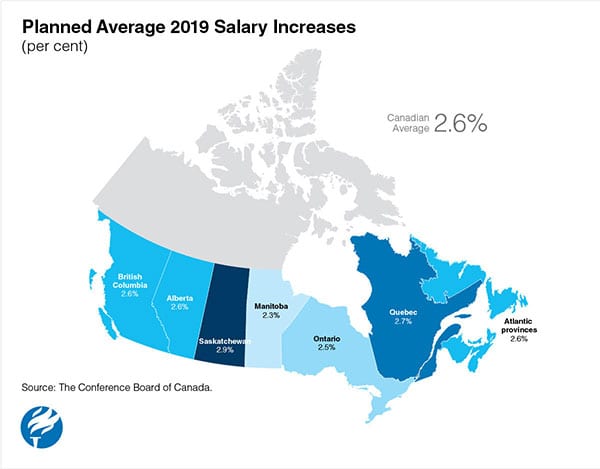 A report released on Wednesday says the average pay increase for non-unionized Canadian employees is projected to be 2.6 per cent in 2019, up slightly from the 2.4 per cent average increase received this year.

The Conference Board of Canada’s Compensation Planning Outlook 2019 also showed that increases in Alberta would match the national average of 2.6 per cent.

“Over the past few years, we have seen wage increases among the lowest they have been in the past two decades. We are now seeing an improvement and compensation planners are looking to offer increases in 2019 that remain ahead of inflation,” said Allison Cowan, director of Total Rewards HR and labour relations research at the Conference Board of Canada.

Mario Toneguzzi is a veteran Calgary-based journalist who worked for 35 years for the Calgary Herald, including 12 years as a senior business writer.