Psychoanalyst Dr. Erica Komisar advises atheists to profess a belief in God for the good of their kids 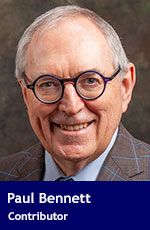 Everyone remembers the children’s fable about a chicken called “Chicken Little” or “Henny Penny” who believes that the sky is falling when an acorn falls on its head. While the phrase “the sky is falling” is now something of a cliche, it pops up, now and again, especially during pandemic times. Raising or working with today’s wired and hyperactive teens, it can seem, on certain days, that some psychological disaster is underway or right around the corner.

Searching for meaning, suspended between childhood and adulthood, experimenting with new relationships, and saturated by social media – that can thrust you into the so-called “New Age of Anxiety.” It’s also a situation that’s tailor-made for a new book written by a New York City psychoanalyst like Dr. Erica Komisar, a family practice therapist who specializes in diagnosing and treating children and adolescents.

For Freudian psychoanalysts like Komisar, childhood and adolescent experiences do much to shape adult lives and lie at the root of later psychological distress and emotional disorders. In her case, she’s famous (or infamous) for cutting against the popular grain in her public comments and regular opinion columns, appearing mostly in the Wall Street Journal.

Two of Komisar’s recent commentaries stirred up a hornet’s nest because they challenge prevailing North American urban and secular values. She hit a nerve with parents by taking a definitive stand on two critical issues: spending more time with children during motherhood and imparting comforting religious beliefs during adolescence. While rooted in Sigmund Freud’s classic theories of psychoanalysis, they are also dramatically out-of-sync with today’s secular and materialist values dominating television, social media, and North American popular culture.

For Komisar, giving voice to such views landed her on ABC’s Good Morning America and other high-profile mainstream television shows. It also turned the small l-liberal New Yorker into a virtual pariah shunned in liberal intellectual circles as a prophet of homespun, anti-feminist family values. Five years after the appearance of her first book, Being There: Why Prioritizing Motherhood in the First Three Years Matters, and two years after one of those Wall Street Journal columns went viral, she’s still holding her ground after weathering the media storm. Recommending that atheist parents pretend to believe in God, essentially ‘lying to children,’ to provide troubled or lost teens with a sense of comfort is, at best, controversial advice that can be hard to shake in the public domain.

“Second Chances” was the proposed title for Komisar’s latest book tackling the formidable challenge of raising teens in the aptly termed “New Age of Anxiety.” When her sequel to Being There appeared in November 2021, it did so with the clickbait title Chicken Little, the Sky isn’t Falling. That title is also a bit misleading. It’s actually more about giving parents a second chance to get it right than about dispelling popular mythology that the sky is indeed falling in pandemic family times.

Komisar has very specific views about the “right” and “wrong” way to parent. Some of her positions, such as prioritizing personal relationships with your children and regulating the use of technology and social media, make common sense. A number of others rankle professional women and working mothers simply because they promote a more family-friendly, child-centred approach to child-rearing and guiding adolescent development.

If Facebook executive Sheryl Sandberg is the exemplar of “leaning in” to seize professional opportunities, Komisar is today’s best-known promoter of staying at home or devoting more time to motherhood in the early years. “Working and nonworking mothers,’ she wrote in Being There, “should strive to be as present as possible during the first three years of their child’s life.”

Being a good mother, according to Komisar, comes with rather high expectations. Nurturing a sense of “attachment” is “an ongoing process throughout the first year” and one that requires “continuous split-second maintenance.” Furthermore, your child’s cognitive development, future mental health, and general well-being ride, to a considerable degree, on those early parent-child interactions. Reading her books, mothers who returned to work or entrusted their young children to daycare programs can be forgiven for feeling that they may have fallen short in early parenting.

One American mother and blogger, Melissa Langsam Braunstein, saw Komisar’s first book as adding to the pressure felt by most moms. “I can’t remember the last time I read something that made me feel so judged,” she wrote in November 2017. “There’s an off-putting shock-and-awe aspect to the book’s tone, making you feel that whatever you’re doing as a parent, it’s not good enough.”

Chicken Little the Sky isn’t Falling does not sugar-coat the “scary” aspect of parenting teenagers, but it does strike a more hopeful tone. While many parents regret not spending more time with their children in the early years, they do have a second chance to make it right during the period known as ’long adolescence’ from age nine to 25.

The good news is you do get second chances when children reach adolescence. “We expect more of teens today than ever before, and yet give them less,” Komisar told me in a recent interview. “They grow up faster and faster and it’s accelerated by social media. That’s what makes it such a vulnerable time.” But it is “never too late” for parents to “improve or repair your relationship with your child.”

“Adolescence was always a time of stress – a tough time in child development – but it’s now a bigger test of resilience.” Heaping on new expectations has “taken it away” to the point where teens are, in her words, “adultimorfied,” or treated like adults before they are fully ready for those responsibilities and pressures. Parents who recognize the changing nature of adolescence and make efforts to provide “a secure foundation of support, emotional security, and real and meaningful connections” can make a difference in shaping their lives.

The author is at her best dispensing advice to parents and teens about identifying and alleviating mental health disorders and helping teens navigate academic and social pressures. Much of that stems from lessons learned through clinical practice in Manhattan and raising her own three adolescent children. While the book was written before the pandemic, it does deal with family pressures, excessive social media usage, and increased home-bound, internet-enabled social isolation.

Komisar paid a price for taking a public stand on adolescent insecurity and the enduring value of believing in God. “As a therapist, I’m always asked to explain why depression and anxiety are so common among children and adolescents,” she wrote in her widely-read Wall Street Journal op-ed article back in December 2019. “One of the most important explanations – and perhaps the most neglected – is declining interest in religion,” she added. “This cultural shift already has proved disastrous for millions of vulnerable young people.”

That piece, bearing a sensationalized title, “Don’t Believe in God? Lie to Your Children,” caused quite a furor, obscuring the real message. Her central point, lost in the media storm, was, in fact, soundly based upon a 2018 Harvard T.H. Chan School of Public Health study which linked religious upbringing with better health and well-being in early adulthood. The study found that young people who attended weekly religious services or practiced daily prayer or meditation experienced “greater life satisfaction and positivity in their 20s” – and were “less likely to subsequently have depression symptoms, smoke, use illicit drugs, or have a sexually transmitted infection – than those raised with less regular spiritual habits.”

Her latest book may have a catchy title, but it’s unlikely to become a best seller. Since the release of Being There, Komisar is much more aware of what it takes to capture the mood of the mass reading public. It’s even harder when you take a moral stance in favour of prioritizing motherhood and defending religious values. “You’re fighting social trends,” her closest confidante recently commented. One of her own teens struck a more hopeful tone. “Don’t worry, mom, you have influenced a stadium of babies.”

Paul W. Bennett, Ed.D., is Director of Schoolhouse Institute, Halifax, NS, and Adjunct Professor of Education, Saint Mary’s University. His latest book is The State of the System: A Reality Check on Canada’s Schools (2020).

Submitted by Convivium, Cardus’s online magazine. Cardus is a leading think tank and registered charity. Convivium is a Troy Media Editorial Content Provider Partner. The opinions expressed by our columnists and contributors are theirs alone and do not inherently or expressly reflect the views of our publication.