B.C. should keep the carbon tax but make sure it’s revenue neutral 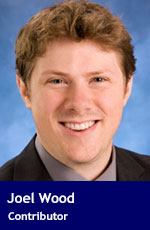 British Columbia’s climate policy is at a crossroads. The government must decide how to move forward with its signature policy: The revenue neutral carbon tax. The last increase of the tax was July 1, 2012, just over a year into Premier Christy Clark’s tenure. Detractors want to scrap the tax altogether. Many others want to keep the tax portion, but not the revenue neutral aspect.

Although B.C. was not the first jurisdiction to implement a carbon tax, it was the first to heed the advice of academic economists and accompany the carbon tax with offsetting cuts to income taxes. This principle of revenue neutrality is enshrined in the carbon tax legislation and reported on in each provincial budget. The argument of economists is that the negative economic impact of the carbon tax can be mostly offset by reductions to other taxes; usually income taxes that negatively alter the work, savings, and investment decisions of individuals and businesses. Offsetting cuts to income taxes were a key component to the original carbon tax policy. Unfortunately, over time the current government has made a mockery of the concept of revenue neutrality and included all kinds of tax credits targeted to rewarding special interests.

Evaluating the impact of the tax has been complicated. You cannot just look at whether emissions went up or down compared to before the tax; you need to construct a counterfactual about what would have occurred otherwise. You need to control for identifiable factors like the 2009 recession and also unobservable factors that could be proxied. Economists Brian Murray of Duke University and Nicholas Rivers of the University of Ottawa recently published a review of the studies that have been completed to date and conclude that the carbon tax reduced emissions by five to 15 per cent while having a “negligible impact” on economic activity.

Another recent study has challenged the “job-killing carbon tax” rhetoric so often heard at the federal level. Akio Yamazaki, a PhD student at the University of Calgary, finds that the imposition of the carbon tax resulted in an overall increase in employment in B.C. versus other provinces. Employment in some sectors was negatively affected, but any negative impacts were more than made up for by increases in employment in other sectors. Revenue neutrality probably helped in this regard; cuts to income and business taxes would stimulate employment more broadly.

Another critique often heard against revenue-neutral carbon taxes is the claim that carbon taxes are regressive. However, the evidence in the economics literature is mixed; it depends on how much of the tax is passed on to consumers through higher prices and how much is passed on through reduced wages and profits. A recently published study of the B.C. carbon tax predicts that the tax would be progressive even without the tax cuts and low-income tax credit. Interestingly, the tax cuts and low-income tax credit make the B.C. tax substantially more progressive. This is another reason to ensure revenue neutrality – it allows more precision in ensuring lower income groups are not disproportionately impacted.

The original carbon tax has elements of transparency. Each year in the provincial budget the government is required to show the carbon tax revenues alongside the foregone revenue from the tax cuts and credits. However, this transparency has not prevented the current government from using the revenue as a slush fund to give money to favoured groups such as the B.C. film industry. The government needs to revisit the inclusion of these clearly politically motivated tax expenditure policies, and to return to broad-based income tax rate reductions.

In 2008, B.C. took a climate leadership role by taking the revenue-neutral carbon tax from the economics textbook into reality. The government should again show leadership by returning the tax to true revenue neutrality through income tax cuts rather than gifts to special interest groups.

Joel Wood is an assistant professor in the School of Business and Economics at Thompson Rivers University in Kamloops and a senior fellow at the Fraser Institute.

Joel is a Troy Media Thought Leader. Why aren’t you?

B.C. should keep the carbon tax but make sure it’s revenue neutral added by Joel Wood on March 7, 2016
View all posts by Joel Wood →

Joel Wood is an Associate Professor of Economics at Thompson Rivers University and the former Associate Director of Environment and Risk and Regulation Policy at the Fraser Institute. He has a Masters degree in Economics and a Ph.D. in Economics from the University of Guelph.