Natural gas pipelines received 551.6 million gigajoules, down 3.1% from the same month in 2017

Pipelines in Canada received 21.9 million cubic metres of crude oil and equivalent products from fields and plants in November, up 2.4 per cent compared with the same month in 2017, says Statistics Canada.

The vast majority of these receipts (87.8 per cent) originated in Alberta, added the federal agency on Thursday. 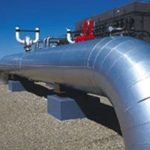 Statistics Canada also reported Thursday that natural gas transmission pipelines received 551.6 million gigajoules of natural gas from fields, gathering systems and plants in November, down 3.1 per cent from the same month in 2017.

“Alberta deliveries of natural gas amounted to 180.1 million gigajoules in November. The vast majority (83.0 per cent) were to the industrial sector, which accounted for 42.0 per cent of all natural gas delivered in Canada,” explained the federal agency.

It said opening inventories of natural gas in November held in Canadian facilities totalled 962.3 million gigajoules. During the month, inventories decreased 2.0 per cent to 943.5 million gigajoules. This was the first decline in inventories in six months as demand for natural gas increases in the winter months. Additionally, this was the lowest recorded November inventory level since this data series started in January 2016.