The world’s largest hedge fund, Bridgewater Associates, is betting against Spain. Investors should wonder why 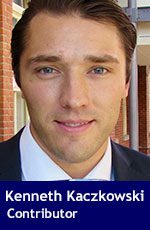 Spain is one of the most popular destinations in the world for a beach holiday, but its business climate is less welcoming at the moment, thanks to a huge hedge fund bet.

The world’s largest hedge fund, Bridgewater Associates, has bet $22 billion that the share prices of several European companies will go down. The position includes $1.7 billion focused on Spanish companies, including a $750 million bet against Spain’s largest bank, Banco Santander.

Spain’s was among the most-affected economies in the 2008 global financial crisis. Since then, tourism and foreign investment have played strong roles in Spain’s recovery.

But experts are still choosing to bet against Spain’s economy. Why?

Shorting Spanish companies is a very interesting strategy. Such a significant bet by the world’s largest hedge fund will get investors thinking that perhaps everything isn’t so sunny in paradise.

Spain has been on a rocky road to recovery since the last global recession. In 2012, the Spanish housing bubble burst, leaving banks and homeowners with troubled loans. The gross domestic product (GDP), which represents the total value of goods produced and sold in an economy, has taken nearly 10 years to recover to 2008 levels.

In recent years, exports have been on the rise from 25 per cent of GDP to around 33 per cent. The momentum for economic growth and job creation has taken off.

However, the encouraging upward growth in Spain didn’t stop Spain’s sixth largest bank, Banco Popular, from facing a crisis last summer for holding more than €37 billion in bad loans left over from the housing crisis.

Banco Popular was acquired by Banco Santander, a move that observers have praised since it helped avoid a taxpayer bailout.

But ultimately, the Banco Popular debt crisis begs the question: how toxic is the debt on Spanish banks’ balance sheets from the previous crisis and will other lenders run into similar troubles?

Spain is now the third most visited country in the world. Tourism accounts for as much 14.4 per cent of the country’s GDP. Last year, Spain saw almost 75 million visitors, of which nearly 17 million were British.

But the increase in tourism hasn’t been welcomed by everyone. Some residents complain about unaffordable housing and rowdy tourists.

In the Eurozone, a group of 19 countries that use a common currency, interest rates are at record lows. That’s enticed foreign buyers.

But the fate of the more than 800,000 British citizens living in Spain – and any future ex-patriots – is uncertain because of Brexit,  the United Kingdom’s decision to withdraw from the European Union.

It’s been estimated that if British visitors to Spain fell by 20 per cent, overall tourist numbers would drop by five per cent. Billions would be lost and the economy would suffer tremendously.

Spain needs to ensure that money from tourists and foreign investors keeps flowing in. Although some Spaniards opposed increases in tourism and foreign investment, these factors have been crucial drivers of Spain’s recovery and need to continue to be so.

Even though Spain’s economy has been growing, it remains vulnerable. Global stock valuations are at an all-time high, surpassing levels last seen in 1929, before the start of the Great Depression. As investors look to foreign markets in search of cheaper investments, it’s important to understand the associated risks. Investors should really question whether the Spanish economy could withstand more problems such as Brexit or future bank crises.

History shows that most investors don’t like to question market fundamentals when markets are at all-time highs. No one likes to be the one to end the party. But what happens when all the drinks run out?

Perhaps the Spanish economy is fine and it’s smooth sailing ahead. But since Bridgewater is betting against Spain, we should ask if things are really as sunny as they seem.

World economy, Things to do in Spain