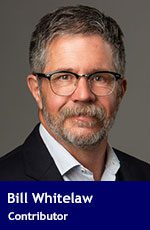 The panel was appointed to fill in perceived gaps in the National Energy Board’s public consultation process on Trans Mountain. The intent is to help the Liberal cabinet define a position by December on the NEB’s approval of the expansion.

The panel’s purpose may be optical appeasement, but it did tease out some interesting truths about how Canadians think about energy and the economy – and the expectations they have in terms of consultation.

The panel spent months listening to project opponents and supporters, and wading through volumes of submissions. They reheard much of what was said to the NEB and endured the ire of individuals, organizations and communities, who called them puppets of government.

Not unexpectedly, the panel came to no particular findings that will satisfy opponents or supporters. In that sense, it seems to have achieved little more than the NEB.

Instead, it poses six questions that it feels require answers – effectively tossing responsibility back to cabinet – before a decision can be made.

Those questions are the panel’s real contribution to Canadian energy discourse. They speak to and transcend Trans Mountain.

Critics and supporters of Trans Mountain’s expansion, and Canadians in general, need to understand that the questions challenge all of us. We need to figure out how best to think about Canada’s long-term energy future when it comes to mega projects.

Based on the report’s subtext, we’re in for a future of acrimony and angst during any public consultation.

The panel correctly identifies deep passion in supporters and detractors.

The panel is perhaps too diplomatic to articulate an uglier reality about that fervour. First, because it runs counter to the view of Canada as a nation that can amicably and respectfully resolve differences.

Despite the panel’s kind words about the homework and research quality put forward, no one is nailing the real issue and, paradoxically, the opportunity: how can we navigate the next several decades of similar complex projects and proposals, using the six questions as a framework?

Central to that is what constitutes effective consultation.

Being asked to contribute to a process is not a right, it’s a privilege. A privilege ought to be earned, not blindly granted. In Canada, we tend to confuse the two and blame governments and their agents (i.e. regulators) when not every single voice gets heard.

Does every voice deserve to be heard? And when does diversity of opinion actually become homogenous?

This doesn’t even account for the inevitable abuse of process, enabled by technology, that allows parties to overwhelm legitimate consultation with ostensibly disparate perspectives that actually are manipulated by few levers.

Jingoists are assertive and aggressive in advancing their views; they are less likely to listen attentively to the views of others. They deride and override others’ perspectives – which may be equally valid – as inconsequential and self-serving.

Xenophobes fear the unknown, particularly people whose views don’t align with their own. Those with opposing views are feared, ridiculed and marginalized.

Jingoists and xenophobes tend to take a society backward or downward.

Download the panel’s report. Reflect on the panel’s questions. And look for xenophobic energy jingoists. These are people who will likely never answer the panel’s six questions in the spirit in which they’re posed.