Why bosses screw up and what to do about it 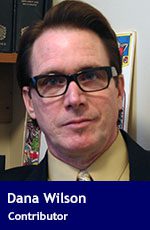 Mention the word “boss,” and we immediately think this person has some special abilities or training. When bosses make bad decisions, we’re horrified. But we’re also amused and pleased at the same time because it demonstrates they’re human after all.

Whatever your job, there is a curriculum, agenda, rules or protocols that prepare you for doing the job. But there is no predetermined path that prepares you to be a boss. It takes exceptional athletic ability to become a superstar athlete. Similarly, it takes special abilities, whether they be conceptual, creative, analytical or computational, to be an engineer, mathematician or architect. But there is no concrete set of skills necessary to be a boss.

You’re about to see your boss in a new light. If he’s in the “not nice” category, at least you’ll know why he acts the way he does. You don’t have to be empathetic; understanding is good enough.

While many large and midsize companies provide training seminars and lectures for supervisors and middle managers, the majority of companies offer no training for bosses. And most of the so-called training programs are half-hearted attempts to teach specific managerial skills, such as how to delegate authority, get feedback and work with difficult employees. The programs are usually superficial. The results are dismal.

Some large companies make a big deal of recruiting M.B.A.-type professional managers. However, the M.B.A. ranks are quite small, and 99 per cent of the bosses will never enrol in an M.B.A. program. What’s more, most bosses don’t even have a bachelor’s degree.

Consider the following givens about bosses, and maybe you won’t hate your boss so much. Or, you might hate him more, depending upon the intensity of your feelings.

Bosses have poor role models. Bosses are not trained to be managers, and most had inadequate role models. How can anyone be a good boss if his role model was a high-strung megalomaniac who managed his department as if it were a military battalion?

Bosses misuse or abuse authority. It’s not hard to understand how bosses can abuse authority. One day, you’re just another worker taking orders and griping about the power chain; the next you’re a boss with people reporting to you. Not only must employees now take orders from you, but you’re also the one they must please. It doesn’t matter whether you’re in charge of one or 100 people – as soon as a person has to report to and answer to someone else, you have a boss-employee relationship. Any first-time boss will tell you that the first surge of power is a pretty heady feeling.

It’s easy to let power go to your head. Many bosses use it as a weapon to compensate for their inadequacies, frustrations and failures; others use it to cast a spell of fear and anxiety in the ranks. It happens in all companies, but especially in small ones. This is where you find the prototypical big fish in little ponds who couldn’t cut it in larger organizations with complex and strict reporting relationships. In small companies, however, these petty bureaucrats, many of whom have been victimized by tyrannical bosses, can be king of the mountain, wreaking fear, panic and emotional suffering on everyone in their charge. They get off knowing that they’re dreaded and that their employees’ jobs depend on pleasing them.

Bosses often operate with complete autonomy, especially in trendy technology companies. If you have worked any length of time in a company, it’s easy to understand how bosses get away with tyrannical behaviour. If you think there are checks and balances on most of them, you’re wrong. The majority of bosses in small companies have almost complete autonomy. They’re like feudal lords, free to run their fiefdoms as they please. They can be enlightened despots, vicious dictators or democratic leaders considerate of their troops. It’s the luck of the draw.

Most bosses don’t know about or care about progressive management techniques. Yet consider this sobering thought: The majority of untrained bad bosses would probably change if they were able to see themselves through their employees’ eyes.