The war on drugs is costly and off-target 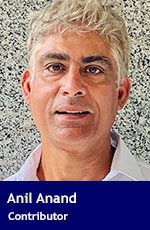 The Canadian Association of Chiefs of Police (CACP) recently released a 14-page report on the decriminalization of drugs.

The report points to a large body of evidence illustrating the efficacy of safe consumption sites in achieving a number of health and social objectives. That’s especially true when clients are offered access to integrated health and social services, including primary care, treatment and housing.

The report points to these outcomes as a result of safe consumption sites:

All this is good. But then the report reverts to a focus that’s unnecessary alarmist and overtly self-serving.

The report does little to dissuade one from the cynical view that the barriers to eliminating the root causes are simply not economically beneficial to the systems supported by drug addiction.

It states nothing new or insightful, nothing that the public health-care practitioners and social workers haven’t advocated for decades.

Police services have done almost nothing to mitigate drug abuse. Instead, they have criminalized hundreds of thousands of low-level drug users, in the process using enforcement to facilitate huge overtime and court pay for anyone involved in drug enforcement.

The report offers not much more than an after-thought about the societal problems associated with substance abuse.

It could have been an opportunity to redefine how policing of substance abusers can be better managed with a perspective based on an ethic of care, collaboration, rehabilitation and community engagement.

Nonetheless, the report should be credited with recognizing that drug use is a public health issue.

The report points to the risk of neighbourhood degradation in areas containing, or close to, safe consumption sites. It notes that this could cause social challenges that have an impact on policing in the area.

The report notes concerns that police may face increased criticism and an erosion of public confidence. Police may also face increased animosity, or decreased tolerance, at the scene of drug-related incidents, raising the possibility of a risk to officer safety.

A cynical view might suggest the report doesn’t prioritize the safety of the vulnerable, dejected and down and out, and rather puts officer safety first. Officer safety is and should always be a concern. However, this report isn’t about the police’s strategic response to officer safety challenges. It’s about a therapeutic intervention to a public health crisis, which took the lives of 15,393 Canadians between January 2016 and December 2019.

The report correctly points out that around safe consumption sites there will be:

However, there’s little note of lessons learned, new approaches to managing these challenges or best practices.

The report doesn’t look sufficiently upstream, in the words of Dr. Gary Bloch, who works with the Inner City Health Associates at St. Michael’s Hospital in Toronto. As Bloch puts it, we’re pulling the same bodies out of the stream repeatedly and never looking upstream to stop them from jumping in.

Is this really the best solution we can offer?

The opioid crisis has taken hundreds of thousands of lives over the past several decades. By comparison, COVID-19 had resulted in more than 10,000 across Canada, and the response has been unprecedented in scope, intensity and resources. COVID-19 is a global crisis and damaging the economy.

Certainly the lives lost to substance abuse have also impacted the economy. But unlike COVID-19, drug use has funded law-enforcement, the criminal justice system, jails and entire industries built on the management of drug use. Stopping COVID-19 dead in its tracks is crucial to the health of global economies but stopping drug addiction would kill millions of jobs.

A powerful movement for social reform is demanding a reallocation of scarce public resources. Decriminalization can succeed as a viable alternative to criminalization only if sufficient funds are reallocated to mitigate mental illness and addiction in the first place.

The most self-serving part of the report is where it suggests that decriminalization wouldn’t save millions of dollars allocated to street enforcement units. That’s indefensible and preposterous.

A 2019 Law Enforcement Roundtable on Drugs found that programs that provide community-based harm-reduction intervention, with a less punitive approach to the criminal justice process through a range of support services to address public health needs, including problematic substance use, result in improved police-community relations, reduced recidivism rates, increased cost-savings and participant empowerment.

Our jails have been filled with accused charged for simple possession. These incarcerations represent thousands of hours of police enforcement: undercover operations, case preparation, exhibit submission, drug analysis, evidence storage facilities, and thousands of hours of officer testimony. And this doesn’t include the costs of prosecutors, judges, clerks, court security, jails, corrections officers and a dozen other items.

This all represents millions of dollars spent on street level enforcement, to the exclusion of major projects targeting high-level drug traffickers and international cartels.

We’re heading in the wrong direction, observes Bloch. “There is this ongoing erosion of social supports, a flattening of people’s incomes who are living on the lowest economic margins. Our governments are austerity focused, but this means cuts to families and individuals, a move away from government responsibility.”

According to CACP, in a decriminalized environment, frontline policing would likely assume increased responsibility to divert drug users into treatment. This is contrary to the findings of the Law Enforcement Round Table on Drugs.

Why not pursue a model that creates street counsellors who can refer, treat and counsel addicts instead of police officers? Why not make addiction a public health issue rather than keeping it chained to a profession with a culture of enforcement bias?

CACP has set the stage by declaring “police must still enforce existing drug legislation, playing a key role in diverting people with substance use disorder to treatment and other social support services.”

But this isn’t a report about advancing the rehabilitation of mental health and substance abusers upstream; it’s about self-interest.

CACP had an opportunity to demonstrate a commitment to an ethic of care. Instead, what comes across is an ethic of self-interest.

There’s no arguing that the war on drugs waged by law enforcement has been an utter failure. It has damaged the lives of millions of people who were victims of poverty, hopelessness, marginalization and challenges with mental health.

Decriminalization without dealing with the mitigating causes of mental illness and depression, loneliness, homelessness, poverty and abuse merely substitutes bricks-and-mortar prisons for jails comprised of chemicals.

Policy-makers, police, public health officials and other stakeholders need to look past self-interest and protectionism to the issues far upstream.