Is the Mazda MX-5 the greatest sports car ever made?

Thirty years after its introduction, this two-seater remains as entertaining, dependable and fun as anything out there 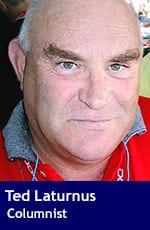 What’s the greatest sports car ever made? Depends who you talk to, I suppose. Jaguar E-Type, Shelby Cobra, Ferrari Testarossa, Porsche 911, Mercedes 300 Gullwing, Aston Martin DB5 … the list goes on and on.

But let’s narrow down our criteria a little. Let’s look at things like usability, reliability, affordability, fun quotient, and parts and service availability. That immediately narrows it right down. Anything coming out of Modena, Italy, for example, is immediately off the list, despite howls of protest from the tifosi.

Likewise, most models emanating from the United Kingdom are excluded, even though the Jaguar XKE has often been called the most beautiful automobile ever made. The Porsche 911 remains a contender, but falls short in terms of affordability – especially these days, when a clapped-out 911 can fetch five figures, no problem.

Allow me to put forward another contender: the Mazda MX-5 or, as it was originally known, the Miata. This humble runabout ticks all the boxes. And, some 30 years after its introduction, it remains an entertaining, dependable and accessible two-seater, faithful to its original intent and still as much fun to drive as anything out there. Affordability has become a bit of an issue but it’s still less than most of its competitors.

For 2019, the MX-5 is powered by a two-litre, 16-valve twin, four-cylinder engine that develops just over 180 horsepower and is matched to a six-speed manual gearbox. It comes with a traction control system as standard, as well as Bilstein shocks, 17-inch wheels and tires, air conditioning, and a bevy of performance and handling enhancements. With 50-50 weight distribution, it is, in the truest sense, a traditional sports car.

My test model, the GS-P, also came with Brembo front brakes, special forged alloy wheels, and leather Recaro seats – not to mention “soul red crystal metallic” paint. This model starts at just under $37,000 and with options and other extras, goes out the door for about $43,500. This kind of affects the affordability thing, but there you go.

Usability: It’s a little tight for space but the MX-5 has a usable trunk, a full complement of modern conveniences and a manually-deployed top that can be raised or lowered in 10 seconds. This top is the best designed and most user-friendly of its kind.

Dependability: The MX-5 is a rock-solid, dead-reliable automobile. Even now, after all these years, it still gets top marks from institutions like Consumer Reports and National Highway Traffic Safety Administration in the U.S. It happily provides day-in, day-out transport. It’s not exactly a grocery-getter but it is incredibly dependable.

Affordability: New, the MX-5 is getting up there, but you can pick up older models for a song. Decent first-generation models can be had for as low as $5,000, which is a bargain. And let’s not forget fuel economy. With the manual gearbox, the MX-5 will deliver – it’s arguably the thriftiest sports car on the market.

Fun quotient: Still right up there. In fact, visit any racetrack on the weekend and if there’s any kind of event happening, the MX-5/Miata will be well represented. Racers love it because of its tossability, affordability and ease of service. Indeed, the older ones are now being accepted as vintage racers and are duking it out – usually successfully – against MGBs, Triumphs and so on. You want to get into amateur racing? This is a good place to start.

Parts and service: You can easily get anything you want for the MX-5. There are also any number of go-fast shops that can boost performance for a reasonable cost. And some enthusiasts shoehorn larger engines into the MX-5 – the suspension is so good that it can handle the extra power, no problem.

I submit that there’s no other sports car made within the last 30 years that can challenge the MX-5 for all-round practicality, kicks and affordability. It’s not the fastest car out there, nor the most road-worthy, but it does everything well, as opposed to one or two things. It’s what the MGB could or should have been but never was.