The health case for putting a price on pollution

Climate change is an emergency causing systemic damage to the health and well-being of many around the world, including Canada 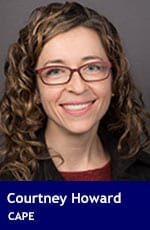 Climate change is the biggest health threat of the 21st century, according to the World Health Organization (WHO).

What does it mean for Canada and how can we respond?

Canada has already seen smoke-related health impacts and stressful evacuations as the result of increased wildfires; the spread of Lyme disease; and food security and mental health challenges related to rapid changes in the Far North, which is two to three degrees Celsius warmer than it was in the 1950s.

Climate change is no longer just a suspected diagnosis. It’s a health emergency, causing systemic damage to the well-being of many around the world, including Canada. The consequences are far-reaching: climate-related drought and subsequent crop failure are exacerbating factors in the conflict in Syria, for example.

The Lancet, one of the world’s most respected medical journals, reports that based on current emissions trajectories, temperature increases over the next 85 years may bring dire consequences. It says resultant sea-level rise, malnutrition, conflict and other destabilizing factors would to be “incompatible with an organized global community.”

But the flip side of crisis is opportunity. The central conclusion of The Lancet’s 2015 Commission on Climate Change and Health is that tackling climate change may be the biggest health opportunity of our time. This report tapped the knowledge of some of the world’s most prominent economists, physicians, urban planners and other experts.

Their assessment? “The single most powerful strategic instrument to inoculate human health against the risks of climate change would be for governments to introduce strong and sustained carbon pricing.”

The Lancet likened carbon pricing to methods already used successfully around the world, such as tobacco taxation. And citing The Lancet, in 2015 the Canadian Medical Association (CMA) passed a motion to promote the health benefits of a strong, predictable price on carbon emissions.

Given that, the federal government should be applauded for its plan to put a minimum price on carbon.

In British Columbia, per capita consumption of fossil fuels covered by that province’s carbon tax decreased by 16 per cent between 2007 and 2013. And studies showed a decrease of up to 15 per cent in greenhouse gas emissions compared with what would have occurred with no tax.

Decreasing fossil fuel use cuts local air pollution, which has immediate benefits for health. WHO attributes one in every eight deaths worldwide to air pollution. In 2008, CMA estimated that air pollution resulted in 11,000 hospital admissions and 21,000 deaths in Canada annually, at a cost to the health system of over $8 billion. And air pollution-related illness in Toronto has dropped in the years following the closure of Ontario’s coal plants. As a carbon price drives society towards decreased fossil fuel use, air pollution is expected to decrease, resulting in immediate health benefits.

What if illness from air pollution decreased across Canada? Any cost-benefit analyses of carbon pricing must include estimates of the broad impact of carbon pricing on rates and costs of asthma, chronic obstructive pulmonary disease and heart disease.

A formal health impact assessment at the provincial level would help ensure that carbon pricing doesn’t penalize those with the least means while optimizing overall health. Strategies must include a predictable, reasonable rollout so people can make progressively lower-carbon choices; and tax rebates or a tax shift. For example, the B.C. government cut personal and corporate income tax to compensate for carbon pricing.

Other measures will be required to help Canadians do our fair share and meet international commitments, but a national minimum price on carbon is a significant step forward. There’s much room for the provinces to determine the best way to introduce carbon pricing and how to use the revenue generated.

The world is going low-carbon. Canada has agreed to a G7 pledge to completely decarbonize by 2100 and has signed the Paris climate change agreement, which takes effect on Nov. 4.

If climate change is the biggest threat to human health, a robust response is our greatest opportunity to make positive change. A national carbon price is a key step in keeping us – and our children – alive and thriving.

It’s crucial if we are going to manage the impact of climate change and pollution.

Courtney Howard is an emergency physician in Yellowknife and the climate-health lead board member for the Canadian Association of Physicians for the Environment.

Courtney is a Troy Media Thought Leader. Why aren’t you?

Canadian Association of Physicians for the Environment, Climate Change, Environment