The Canada option: is it still viable for Alberta? 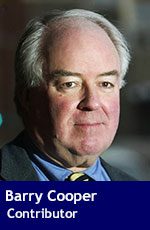 In the past couple of weeks, a retired senior oil executive, Gwyn Morgan, a former premier of Saskatchewan, Brad Wall, and a veteran journalist, Don Braid, all commented publicly on the current position of Alberta in Canada. They agreed on the nature of the problem, but stopped short of suggesting the obvious response. It’s not that difficult.

Wall and Morgan emphasized the parallel between the current Trudeau government’s assault on Alberta with the earlier attack initiated by his father, the National Energy Program. In place of a single plan to confiscate Western wealth, however, we find a series of incremental policies designed to ensure that, as Trudeau’s principal secretary Gerald Butts once put it, there would be no Canadian hydrocarbon industry within a generation. This is a much more radical policy than the NEP because it‘s informed by the ideological fashion of anti-carbon environmentalism. Certainly Butts and Trudeau’s environment minister, Catherine McKenna, are fully credentialed climate-change alarmists. And the prime minister himself has mused about shutting down the oil sands, allowing only that “we need to phase them out. We need to manage the transition off of our dependence on fossil fuels.” Note the emphasis: they have to manage the transition, not Albertans who actually own the resource.

In reality, however, the current mix of policies is not about the environment, climate change, or even oil. It’s about re-asserting the rule of Laurentian Canada – that’s the Canada of the St. Lawrence Valley, i.e., the urbanized portions of Ontario and Quebec – over the West. This objective has been a structural constant of Canadian politics since before Confederation. The difference today is that we can do something about it. Let’s connect the dots.

We begin with our version of what pre-Revolution American colonists called a “long train of abuses and usurpations.” Just looking at the current Liberal initiatives, the first insult was Bill C-48. It is often called a tanker ban on the northern B.C. coast. But it is not a ban on tankers transiting the Inside Passage; it’s a ban on the export of primary and refined hydrocarbons from Alberta that necessarily would use tankers to do so. Then came the completely bogus notion of a Great Bear Rain Forest, through which pipelines never shall pass. Thus was Enbridge’s Northern Gateway extinguished. Back then many Albertans were still naïve enough to think that the Trudeau Laurentians were actually concerned with the environment; accordingly, protestations were muted.

Then came the post-regulatory hearings to kill TransCanada Corporation’s Energy East pipeline by introducing the novel notion of “upstream emissions.” This time we noticed that the objections all came from Laurentian Canada and that nothing was said or done about the hundreds of tankers filled with Saudi crude that annually ply the St. Lawrence. Nor was anything said or done about the “upstream emissions” of foreign oil.

There remained the project to twin Kinder Morgan’s Trans-Mountain pipeline. But after some deft moves, often portrayed as mismanagement, Trans-Mountain expansion is dead. Worse, the Government of (Laurentian) Canada now owns the pipe and can interrupt at will our last link to global markets. To add further insults, the federal carbon tax and Bill C-69, which imposes a huge new regulatory burden, all but ensure there will be no capital investment in energy in Alberta or Saskatchewan.

Wall and Morgan say they are “hopeful” because they retain the commonsensical assumption that, in the teeth of all evidence, the Laurentians actually support a strong domestic energy industry. Braid was more realistic when he noted that “for many of Trudeau’s MPs and ministers,” that is, for Trudeau’s Laurentians, “the crisis looks like a kind of victory. The plan for Alberta is working. Just a little early, that’s all.” From the start, the Laurentians have wanted to shut down the oil industry because it provides us with a measure of autonomy. So far they are succeeding.

There was a demonstration by concerned energy industry supporters in Calgary when Trudeau was in town last week. There was a meeting between him and energy leaders where he learned again what he already knew: the condition of the Alberta economy was parlous indeed. He gave evasive responses to pointed and direct questions. Premier Notley wanted Ottawa to join the province and purchase more locomotives and tank cars. Radio silence from the Laurentians.

Even apolitical oil patch engineers and social democrats ought to be able to notice a pattern here. So the interesting question now is: what is to be done?

Consider the following facts. The current equalization system, which transfers money from so-called “have” provinces to “have-not” provinces, directly costs around $20 billion a year. The policy is enshrined in section 32(6) of the Constitution Act (1982). Quebec receives over 60 percent of the total transferred money. Until recently, even Ontario received some because the peculiarities of the allocation formula have deemed it to have been a have-not province as well.

Albertans pay directly through their federal taxes about 20 percent of the cost of equalization, around $4 billion. But that is the tip of the iceberg. In 2017, the Library of Parliament published a study showing that in 2014 Albertans contributed about $26 billion through federal health and social transfers, infrastructure grants, and so on. Employment insurance through payroll taxes is another way to extract money from Albertans, as is the Canada Pension Plan (CPP) – because historically Alberta has had a younger workforce with a higher rate of employment and, in turn, EI and CPP contributions. In 2016 and 2018 Ottawa re-jigged employment insurance to make it easier to claim, so that today Albertans contribute even more to the welfare of Quebec and Atlantic Canada than before. Because Ottawa also expanded the CPP, our contributions to old age security also grew.

Moreover, because Albertans make more money on average than other Canadians, the normal operation of the tax system is yet another way to transfer wealth. In 2016, income taxes for individuals making $200,000 or more increased. Jack Mintz, Canada’s premier tax expert, calculated that this change added $200 per Albertan in transfers to non-Albertans, a cool $800 million a year. Mintz drew the obvious conclusion: “federal policies are killing the golden goose” as well as promoting “regional conflict.” He called upon Ottawa to “wake up,” which implied that these policies were inadvertent. They are not.

From what has been said about Laurentian energy policy, one must be naïve beyond measure to think that Alberta is not being deliberately pillaged. We have seen this movie before. I explained the motivations of Laurentian Canada a few years ago in a book, It’s the Regime, Stupid! Here I will conclude by indicating the vulnerabilities of Laurentian Canada and what the Government of Alberta can do to push back.

Ironically, the 1998 Secession Reference, which addressed the non-existent threat of Quebec separatism, provides a way out. The Supreme Court’s famous requirement of a “clear answer to a clear question” would compel the Government of Canada to enter negotiations with Alberta and/or Saskatchewan to amend the constitution, were either province to call a referendum on a constitutional question. In this case, it would entail repealing the constitutionality of transfer payments.

Following a lengthy publicity campaign on the costs of transfer payments to Albertans and Saskatchewanians, the question would be simple: are you in favour of repealing s. 36 (2)? Does anyone seriously doubt that an overwhelming majority of those asked would support such a proposal? Jason Kenny has made no secret of the fact that he is seriously considering such a referendum, if he becomes premier of Alberta.

Should the Laurentians obfuscate and delay and refuse to negotiate in good faith, it doesn’t take much imagination to foresee a follow-on referendum asking if we want to exit Trudeau’s absurd “post-national” country. And this would be good-bye, not au revoir. The Dominion of West Canada has become a real possibility thanks to the abuses and injustices imposed by the Laurentians.

Barry Cooper is a professor of political science at the University of Calgary. His latest book is Consciousness and Politics (2018). This column first appeared on C2C Journal.