Is Danielle Smith bluffing? We’re about to find out 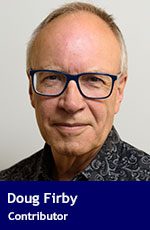 OK, everybody take a Valium.

Alberta now has a political leader who has vowed to act as though the citizens of the province have handed her a mandate to advance her sovereignty act, even though the only people who gave her the job were card-carrying members of the United Conservative Party, or UCP (soon to be renamed the DCP, in recognition of the deep divide threatening to once again tear the party asunder).

This a far different circumstance from the election back in 1976 that saw a real separatist party come to power in Quebec, under the leadership of the oddly charismatic Rene Levesque. It was that event that led to one of the funniest political cartoons in Canadian history, by the Montreal Gazette’s Terry Mosher. It also gave me the lead to this column.

Ottawa gets first taste of the Alberta Sovereignty Act How great is Canada? KEEP AN EYE ON ALBERTA

Picture Danielle Smith with a stogey hanging out of her mouth telling the frantic citizens of Alberta to chillax – she’s got this covered. Hard to picture, isn’t it?

There are differences aplenty between those rebels in the East and the rebels in the West, not least of which is the fact that we all believed at the time that the Quebecois were crazy enough to carry through on their threat to withdraw from a union from which they continue to enjoy disproportionate benefits, and – as it turned out – chose to suffer disastrous financial consequence as the smart money fled Montreal for the more secure confines of that then-second city on Lake Ontario.

Nobody – sorry, Danielle – believes for a minute that Alberta would be as reckless as all that. Yet, unless our unelected premier can ease the anxiety, the province is likely to suffer some financial harm, at least in the short term, as investors question whether it’s wise to leave your money in a province with a government that is acting like a spoiled child that’s lost its candy.

As with her soul-mate Liz Truss across the pond, Ms. Smith will likely have to hit the reset after a few days or months in office if she intends to carry through on threats to not only implement her laughable sovereignty act – which she claims would give the province the authority to ignore federal laws that the province deems to be unconstitutional – but also explore all those other notions that were first given profile in the notorious Firewall Letter penned more than 20 years ago.

An Alberta provincial police force? Nice idea in theory, but let’s have an honest look at what it would cost to not only establish it but also deliver a level of service that is superior to that provided by the RCMP. Without those numbers in hand, let’s just say a lot.

Withdraw from the Canada Pension Plan? This from the province whose agency, the much-mocked AIMCo – the Alberta Investment Management Corporation – admitted last year that in 2020 it lost more than $2 billion through pursuing the risky volatility trading strategy (VOLTS). As a retiree, I don’t like someone messing with my future security for political gain.

So … why should we not lose our minds? First of all, Albertans are, at their core, very sensible people. When the chips are down, they are not the sort of people who would point guns at their own heads and warn the rest of Canada, “OK, do what I say, or the cowboy gets it.”

Secondly, notwithstanding Smith’s shaky claim of having a mandate to go all radical right out of the gate, the voters who elected Jason Kenney’s UCP in 2019 weren’t asked to consider all the provocative tactics she’s talking about. She simply does not have the social contract to throw the province into an existential crisis. That isn’t what voters agree to three years ago.

And though the UCP may be tempted to take the NDP threat lightly – we have been a conservative province for a long time, after all (except for that one little socialist side trip) – Smith risks delivering Opposition leader Rachel Notley a cornucopia of evidence that the party in power really doesn’t care that much about what you and I think, at least not when there is an ideological agenda to be pursued.

Then again, maybe this has been a big bluff all along. Maybe Smith the premier will bear only a passing resemblance to Smith the campaigner. We’re about to find out.

Doug Firby is an award-winning commentator with decades of media experience. His columns appear periodically in Troy Media.