What do we gain by including race on Alberta driver’s license? 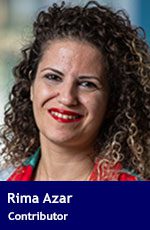 In response to the Alberta government’s redesign of driver’s licenses to prevent counterfeiting, the majority of Edmonton Police Commission (EPC) members have weighed in with an additional proposal: That the racial identity of Albertans be included on their driver’s licenses.

The EPC’s justification for collecting data by race seems unclear, aside from discussions with Statistic Canada and some vague notion of bias. Edmonton Police Chief Dale McFee has endorsed the move, maintaining that race-based data, when self-reported, will be a “source of truth.”

This is a poor idea for many reasons. Let’s review a few.

First, “race” and ethnic categories are not as straightforward as some think. As someone who is Lebanese-born, should I identify as Lebanese or Caucasian, Arab, Phoenician, or Semite? It’s not clear-cut and, with Canadians of mixed ancestries, it’s even more complex. Imagine someone whose four grandparents were Metis, Caucasian, black and Japanese respectively. What “race” should they identify with on their licence?

Second is the possible agenda behind more race identification. Canadian governments have increasingly been driving a pro-diversity ideology, which has led to new forms of discrimination based on identity, including ironically against minority Canadian professors denied grants because they hire based on merit.

A good example is Dr. Patanjali Kambhampati, a Professor in the Department of Chemistry at McGill University, who last November told the National Post that he was denied research grants because he was clear that he would hire researchers based on merit and not skin colour. The Natural Sciences and Engineering Research Council of Canada justified turning down his $450,000 grant application, deeming “the Equity, Diversity and Inclusion considerations in [his] application were … insufficient.”

Kambhampati wondered out loud about the consequences of such a race-based approach: “Some of my group are straight, white men. Am I not to mentor them as equally as the others? That’s what’s implied. I can’t do that in good conscience.”

Third, many Canadian immigrants – older ones like myself, or the half a million new ones to arrive every year – often left (or will leave) their respective birth countries precisely because of intimidation and even abuse and violence based on identity. It is disappointing, even troubling, to now see some in my adopted country propose to identify me – and other immigrants and “old stock” Canadians – by “race.”

Edmonton Police Commissioner Erick Ambtman’s hesitation when he voted against the five-person majority who want race on our driver’s licences was correct. (He was one of three who opposed the idea.) “I was in South Africa for a year and they do this and it sort of creeps me out,” he told the Edmonton Sun. “… it doesn’t feel right.”

Ambtman is correct to hesitate: I can attest that when governments identify people by race, colour, ethnicity or creed – not in anonymous surveys from the census but on their everyday identification or for grants and jobs – that practice often has negative, divisive and even deadly consequences.

An example from my own life may help bring home the consequences of identity-based politics. I left Lebanon for Canada in 1990 but grew up during the Lebanese Civil War. The Lebanese suffered greatly, including from occupations by battling neighbouring countries and their proxies (Syria and Israel, and Hamas, Hezbollah, the PLO and Israeli-friendly militias). We also endured intense shelling, hostage-takings, and car bombings, and many became refugees after enduring chaos for years. Civilians were also kidnapped or killed at checkpoints by all militias just for being the “wrong” identity, i.e., the wrong religion, on their identity cards.

That is why the wisest gesture post-war by the Lebanese government in 2009 was its decree to remove religious affiliations from citizens’ identity cards.

I’m not saying that race and ethnic identification on driver’s licences will lead to mayhem and murder in Canada. I am saying that identifying Canadians on their everyday documents, and the existing practice of awarding grants and jobs in Canada based on race, is divisive and discriminatory. Canada should move in the opposite direction, one of race neutrality.

If Lebanon got rid of religion in identity cards in 2009, why does Edmonton’s Police Commission propose identifying people by race on driver’s licenses in 2022? I have seen the problem with identity-based politics by ethnicity and religion: Little good can come from such proposals.

Dr. Rima Azar is an Associate Professor of Health Psychology at  Mount Allison University and a Senior Fellow at the Aristotle Foundation for Public Policy.

What do we gain by including race on Alberta driver’s license? added by Rima Azar on November 9, 2022
View all posts by Rima Azar →

Mount Allison University Professor Rima Azar is a Senior Fellow with the Aristotle Foundation for Public Policy and feels a strong identification to Canada. Born in Lebanon during a civil war, Azar developed a lasting appreciation for the freedoms of Canada, particularly free speech. An accomplished academic in the field of health psychology, she often discusses her views on political and social issues on her personal blog, Bambi’s Afkar, from her unique perspective. However, in a now-settled case, she was the target of cancel culture and was suspended without pay for seven months.

One Response to "What do we gain by including race on Alberta driver’s license?"