The two factions within the party are starting to get along 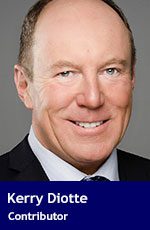 Alberta’s United Conservative Party (UCP) annual general meeting (AGM) ended this past weekend with a discernible positive buzz and little conspiratorial chit-chat among members, much to the consternation, I am sure, of the party’s political opponents.

While it’s not uncommon after leadership contests to hear sniping by those loyal to other leadership candidates, I heard none of that at this AGM, despite the UCP being born of two previous parties – Progressive Conservatives and Wildrose.

Participants I spoke with concurred. Among them, UCP activist Vince Byfield said: “It’s starting in the right direction. We’re seeing the two factions within the party starting to get along.” Lac Ste. Anne-Parkland UCP MLA Shayne Getson agreed: “Everybody’s coming together as a family. I think, if anything, the opposition folks better be nervous. We’ve got one solid team pulling the same way together again.”

Is Danielle Smith bluffing? We’re about to find out Ottawa gets first taste of the Alberta Sovereignty Act

Leading into the main hall of the River Cree Resort and Casino’s event centre, where the AGM was held, visitors are treated to a large, impressive, wall-mounted autographed guitar collection signed by artists as varied as Randy Bachman, Kool and the Gang and Chubby Checker. It was a fitting venue because this gathering of Conservative fans had much of the buzz and energy you’d expect from a crowd drawn to their favourite musical act.

The warmup acts at this gathering were the debates over policy proposals and chit-chats in hospitality suites between party members, MLAs, UCP staffers and Conservative activists. But the headliner for roughly 1,800 attendees, many of whom forked out $375 to be there, was newly minted party leader Danielle Smith who didn’t disappoint. The new premier delivered a fiery, campaign-style speech that revved up the Tory red-meat crowd and brought her fans to their feet. If you were to pick a rock’ n’ roll song as a theme for that address, it would likely be Tom Petty’s hit tune ‘I Won’t Back Down.’

Since her swearing-in on Oct. 11,  Smith has been given a rough ride from mainstream, legacy media infamous for attacking Conservative leaders while largely giving a pass to leftist politicians such as Prime Minister Justin Trudeau, federal NDP Leader Jagmeet Singh and Alberta NDP Leader Rachel Notley.

Smith was roasted in her first days as premier for comments she made about Ukraine, as well as COVID. She dared to point out that people who chose not to be vaccinated against COVID were discriminated against (what other group of people were fired from their jobs?), and she opined that the world should be seeking peaceful solutions to the war in Ukraine. Those sentiments are hardly statements of heresy until, that is, the ‘Twitterverse’ piles on with outrage and the media reports it as a must-report, ‘trending’ news story.

But her AGM speech and media scrum afterwards showed she’s not cowed by the mainstream media, especially when it comes to a central policy plank of her leadership campaign – the Alberta Sovereignty Act. While many in the mainstream media have derided the proposed legislation as dangerous, instead of backing down, Smith doubled down on the legislation in her keynote speech.

“When Ottawa announces policies and laws that attack our economy or violate the rights of our people or when Ottawa seeks to take control of our sovereign areas of provincial jurisdiction, our UCP government will not enforce those laws and policies in this province period,” she said getting a standing ovation. “I did not campaign by saying things to win your favour and your votes only to change the channel on you later,” she said. “We will get this done.”

The Premier then assured supporters she expects the Sovereignty Act will be ready to pass this fall. She insisted it will comply with the Canadian constitution, and critics like NDP Opposition Leader Notley are full-on “fear-mongering” by suggesting it’s akin to Alberta separation. Smith said she and her caucus are committed to “a strong and united Canada,” but they’re determined to fight against Ottawa from a position of strength. “We’re not going to take it anymore,” she told reporters. Cue the Twisted Sister song of the same name, anyone?

The former radio talk show host got encore-worthy applause singling out the trio of Trudeau, Singh and Notley as being on the same page in sidelining Alberta’s oil and gas industry, supporting crippling legislation and ever-increasing taxes as people struggle against inflation fuelled by runaway spending in Ottawa. “We will fight the NDP-Liberal coalition 300 per cent increase to the consumer carbon tax – during an inflation crisis. Have these folks lost their minds?

“Rachel Notley supports this carbon tax increase 100 per cent. Alberta can’t afford these woke, incompetent NDP policies whether in Ottawa or in Edmonton,” she said.

Not mincing words, she went on the attack against her critics in the NDP or on Twitter. And she nailed it when she said that the mainstream media no longer reports events but waits to see what’s trending on Twitter to decide their story leads. “I know that’s how it works,” she told the media. “Something trends on Twitter, and it seems to be worth a news story these days.”

The flaw with assigning stories based on what’s “trending” on Twitter, however, is that most of the chatter on Twitter is partisan political operatives wading in to criticize political opponents. If enough of them do so, thereby manipulating Twitter’s algorithm, an issue “trends” on Twitter. The understaffed and often anti-Conservative media willingly follow suit.

Smith also said during her address that she was prioritizing fixing health care and lowering taxes in the province, and giving consumers some relief on electric energy and gas pump prices.

The AGM this weekend occurred with polls showing the NDP and UCP in a virtual tie. As we count down the months to a May provincial election, it will now be up to voters to decide if they’re in concert with the UCP or would prefer a tune from the NDP songbook.

Kerry Diotte is a Conservative activist who was a member of Parliament from 2015 to 2021 in the riding of Edmonton Griesbach. He’s a former city councillor and long-time journalist.