A two-step approach to electoral reform

One referendum, with little public education, is not enough. Voters need to have full knowledge of the consequences of their choices 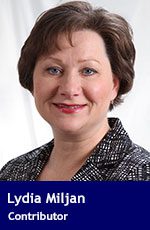 In its haste to change the way we vote, British Columbia’s new government has created an unnecessarily short timeline.

While advocates for reform think the speedy process will help their cause, it’s more likely to result in another failed attempt at changing the way representatives are selected.

The government’s public consultation campaign on the referendum question for electoral reform, which included an online questionnaire, wrapped up on Feb. 28. This fall, British Columbians will participate in a mail-in referendum, which will require a 50 per cent-plus-one margin of support to be successful.

The primary question will be: Should B.C. keep its current first-past-the-post (FPTP) voting system or adopt a system of proportional representation (PR)?

With the next provincial election in 2021, what’s the rush?

Perhaps an international comparison can provide some much-needed context.

Proponents of reform often point to New Zealand as an example of how to ensure victory by referendum. But while it’s true that New Zealanders chose to reform their electoral system, they did so in two referenda, with full knowledge of the consequences. In B.C., the government has planned one referendum. And the public, in general, is not aware of the consequences of, for example, some form of PR.

Moreover, New Zealanders weren’t asked a simple yes/no question. They were asked to choose between an affirmative vote for the current option (FPTP) or an affirmative vote for a different voting system. This type of questioning is consistent with international best practices that require referenda questions be simple, not have a bias and result in a clear indication of voter intent.

On the first question, 85 per cent of the electorate chose to change the system.

On the second question, 71 per cent chose a mixed member proportional (MMP) system.

The government used the referendum results to help move towards MMP for New Zealand. A parliamentary committee comprised of MPs skeptical of change was tasked with working out the details of voting, constituency boundaries and specifics of how possible coalition governments would operate.

Only after that legislation was crafted were New Zealanders given a choice to maintain their current system or replace it.

By showing the public what the new changes would mean for the country, New Zealand fulfilled the crucial criterion of a referendum question – that the public is aware of the consequences of any result.

So why the different approach?

Advocates for electoral reform often downplay the importance of the way referendum questions are designed. They argue that the questions should be vague and that consensus be built around a new system.

This argument misunderstands why people vote no. Research on various referenda has found that people are more likely to vote no when they don’t understand the nature of the change. Voters are uneasy giving politicians a blank cheque when it comes to writing the rules of elections. By not explaining what will be different, reform proponents almost ensure a no vote.

New Zealanders voted to change because they knew what they were voting for (or against).

To have a meaningful and legitimate mandate, the B.C. government should follow the example of New Zealand and have two referenda on electoral reform:

• Referendum 1 should measure the appetite for change. And, if a majority agree, it should use a second question to help direct the government on which new system it should develop.

• Referendum 2 should compare a new electoral system developed for B.C. (including all details on electoral boundaries and rules regarding coalition and minority governments) with the existing system.

By separating the question of reform from the question about the type of system, the government will receive the necessary information to proceed – or not – with a new electoral system.

Lydia Miljan is an associate professor of political science at the University of Windsor and a senior fellow at the Fraser Institute.

Dr. Miljan teaches in the areas of Canadian public policy, research methodology, and politics and the media. Her main research interests include how journalist’s personal views are reflected in news content and public opinion formation.