How much First Nations business comes from government?

The Yukon government recently unveiled a procurement policy that offers a roadmap for Canadian jurisdictions like B.C.

This is part 6 in our series Road to Reconciliation
Reading Time: 4 minutes 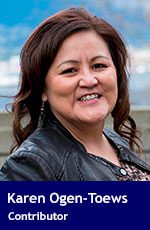 The Business Council of British Columbia sees “a generational opportunity to accelerate and realize a new future where Indigenous communities and businesses are equitably participating in B.C.’s open trading economy.”

But how much of that business comes from government?

But that five per cent procurement target has yet to be achieved. The Canadian Council for Aboriginal Business (CCAB) notes that in some years the share of federal procurement for Indigenous businesses has been as low as 0.32 per cent.

What about B.C.? How many First Nations businesses in B.C. do business with the provincial government? How much of B.C.’s annual $7 billion in spending goes to Indigenous businesses?

The B.C. government does have a procurement strategy that promises an Indigenous-specific procurement plan and capacity-development opportunities for Indigenous businesses. But at this point there’s no concrete plan; just “continued collaboration and engagement” to develop one.

We’re happy to offer B.C. some help, by way of the Yukon government, which in December unveiled a new territorial procurement policy with this statement:

Now the Northwest Territories government is also working on a procurement policy.

Here are some of the highlights:

There’s no mention yet of a Yukon target such as the CCAB’s five per cent of federal procurement purchasing to reflect the Indigenous share of Canada’s population. Yukon’s Indigenous population amounts to almost 24 per cent. In the Northwest Territories, it’s just over 50 per cent.

B.C.’s Indigenous population is more like six per cent. Should we, then, look for six per cent of provincial procurement spending?

We might keep that number in mind but first let’s see the B.C. government’s “continued collaboration and engagement” turn into a solid Indigenous procurement plan.

Karen Ogen-Toews is an elected councillor of the Wet’suwet’en Nation in B.C., a former elected Wet’suwet’en chief and CEO of the First Nations LNG Alliance.

Karen is one of our contributors. Why aren’t you?