Canada’s only mandatory insurance provider is digging a deep financial hole and the B.C. government is looking for answers 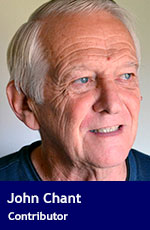 It’s no secret that the Insurance Corp. of British Columbia (ICBC) is under financial distress. But should it be saved?

In 2016-17, it suffered its largest loss ever – $889 million, an amount equal to 18 per cent of its total premiums. What’s worse, it’s heading for an even larger $1.3 billion loss this year, which would represent 23 per cent of its premium revenue. Why has this happened?

ICBC is a hybrid of an auto insurer and an instrument of government policy. It operates driver licensing and testing, and undertakes road safety programs. It also offers discounts to seniors and the disabled, together with insurance premiums that can’t reflect either the age or gender of the drivers it insures. Even with these added duties, ICBC managed to cover its costs for many years by raising rates, since it has a monopoly on mandatory coverage.

So what’s changed to cause the large losses?

ICBC’s basic business – providing mandatory auto insurance coverage – has fallen victim to both an unfriendly environment and misguided provincial government policies. The adverse environment arises from a greater frequency and severity of claims. The higher costs from more vehicles and greater congestion are largely beyond ICBC’s control. But reduced enforcement by police on the roads may have increased the number of accidents. And the way ICBC assesses property damage claims may have also raised costs.

But cost escalation is only part of the story. The provincial government’s rate-smoothing measures that limited ICBC’s ability to raise the rates for its basic business have left revenues short of covering costs, resulting in losses in four of the last six years. Without this requirement, ICBC could have preserved its finances by raising rates to reflect increasing costs. While the rate increases would have been significant (and certainly not welcomed by customers), they would have saved ICBC from implementing larger rate increases in the future.

ICBC’s condition has now become so desperate that B.C.’s attorney general has suspended the minimum capital requirements for ICBC’s basic business, leaving a smaller buffer to meet its claims.

ICBC differs from private insurers in one important respect. Private insurers can and do fail, without a substantial impact on the auto insurance market because other insurers can take over their business. Failure of ICBC would be much more damaging because of its size (annual premiums total more than $5 billion) and because it’s the only supplier of mandatory insurance in the province. Clearly, ICBC’s financial position is unsustainable.

The new provincial government deserves credit for bringing the issue forward and seeking informed advice. But Band-Aid solutions won’t be enough. ICBC’s role must be rethought, as must the objectives and role of government in the auto insurance business in B.C.

Should the government be in the auto insurance business? If so, should ICBC be treated as a purely commercial concern? Or should it continue to serve as an instrument of government policy? If the latter, then how can these activities be sustained while maintaining the financial soundness of ICBC?

John Chant is a senior fellow of the Fraser Institute and author of the study The Decline and Fall of ICBC, available at www.fraserinstitute.org.