But U.S. protectionism is still a threat 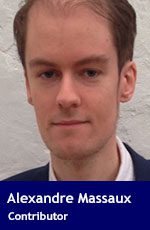 Trade is essential for Manitoba’s economy. International exports and imports represented 46.4 per cent of its gross domestic product in 2018.

With a significant goods-related industry estimated at 26.9 per cent of GDP in 2019, Manitoba needs strong trading partners to help develop its economy.

On the other hand, manufactured goods exported represented 69.4 per cent of Manitoba’s GDP, up from 64.4 per cent in 2018.

As researcher Gregory M. Spencer states: “The value of Manitoba’s exports has roughly doubled over the past two decades, (while) the value of imports has nearly tripled.”

In 2019, the U.S. represented 75 per cent of Manitoba’s exports. In 1999, that share was more than 80 per cent, decreasing to 60 per cent in 2011 before rising again. This evolution is linked to the development of trade with Asia and countries such as China.

Trade with the U.S. has increased due to international politics and growing tensions between North America and China. The Conference Board of Canada reported that: “China’s ban on Canadian canola exports led to a significant decline in Manitoba’s exports to China in 2019.”

As Manitoba’s primary trading partner, the U.S. is important – as a next-door neighbour, the logistical costs are lower than with other trade partners.

But the relationship can be precarious due to U.S. policy, especially with the rise of protectionism under the presidencies of Donald Trump and now Joe Biden.

Spencer’s report for World Trade Centre Winnipeg highlights the clusters in Manitoba’s economy, especially in industry. The main sectors in terms of trade volume are agriculture and food, transportation and logistics, mining and metals, aerospace and agricultural equipment.

The fastest-growing sectors with the greatest promise for the future of trade are digital and precision agriculture, proteins, next-generation buses, transportation and logistics, and aerospace.

Agriculture, transportation and logistics lead the field in Manitoba trade. The U.S. accounted for $2.7 billion worth of Manitoba’s agri-food exports in 2018.

In some areas, the province even has a competitive advantage over the U.S.

The Conference Board of Canada states: “Canadian factories that make sweet goods have access to lower-cost sugar relative to their U.S. counterparts. This is because U.S. protectionist sugar trade policies inflate sugar prices. Despite U.S. measures to protect its sugar industry from international competition, Canada’s sugar confectionery products have had access (to some extent) to the U.S. market through tariff-rate quotas (TRQs).”

Most of these agreements offer the same vision: “(To) facilitate co-operation in agriculture research and development, trade and investment, and exchanges between the participants, in compliance with the overall economic development strategies and trade development plans of the participants and with a long-term strategy of mutual benefit and shared growth.”

Manitoba should use its advantages to impel trade in these states.

Protectionism is still a threat but Canada shares the same fundamental values as the U.S., and that should facilitate long-term deals.

Alexandre Massaux is a research associate with the Frontier Centre for Public Policy.