Beer-barrel economics: what goes down stimulates the economy

By John Williamson on September 22, 2016Comments Off on Beer-barrel economics: what goes down stimulates the economy 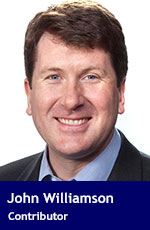 The lesson of lower beer prices in New Brunswick has implications on a broad array of provincial taxes.

Not long ago, many New Brunswick consumers living near Quebec routinely crossed the border to purchase less expensive beer. Prices in Quebec are considerably cheaper because taxes are lower.

But these cross-border shoppers weren’t just getting a cool deal. They were also breaking the law, since it’s a crime to purchase more than 12 pints of beer (about 20 bottles) outside of the province and enter New Brunswick.

Tracadie resident Gérard Comeau decided to challenge the provincial law after being charged in 2012 for bringing home beer and liquor he purchased legally in Quebec. In April, a provincial court judged declared the law violated Comeau’s rights under the Constitution.

It should have been a victory for consumers, but the province quickly appealed to a higher court. Comeau’s legal struggle, then, will continue and could end up before the Supreme Court of Canada.

The political optics of the case weren’t good for the government of Premier Brian Gallant. Beer drinkers vote and most don’t like being told they must buy significantly overpriced beer from a government-owned monopoly. That sort of pocketbook issue can hurt at election time.

So in mid-July, NB Liquor announced a beer promotion that cut prices on six popular brands. Customers can buy four 15-can packs for $74.99 (tax and can deposit included), a savings of $37. The popular markdown was to expire on Labour Day but was extended to Thanksgiving.

The predictable result has been an increase in sales of the promotional beer.

But something else is happening that doesn’t involve New Brunswick residents.

Sales near provincial borders are up – massively so near Nova Scotia, where beer prices have not been cut. Receipts at the Sackville, N.B., liquor store more than doubled, by nearly $364,000, from the same two-months in 2015.

Sales near Quebec are up too, by a more modest 16.4 per cent in Campbellton, N.B. Further from the border – in Caraquet, Dalhousie and Beresford – sales have increased by 13.1 per cent, 34.2 per cent and 30.2 per cent respectfully.

Drop the price and sales increase. A price increase, in turn, lowers demand and sales.

But what if investment or wages are substituted for beer? Doesn’t it seem reasonable that investors and workers react as consumers do when faced with high taxes, resulting in a higher marginal cost on investing or even working in New Brunswick? Yet provincial policy-makers and politicians ignore the impact of rising costs when it comes to taxes on businesses, investments and wage earnings.

As the provincial government has steadily increased taxes, New Brunswick’s economic outlook has deteriorated. Jurisdictions with low tax levels – including in Europe, North America and elsewhere – generally have stronger economies and create more jobs than regions with higher taxes.

Even Nordic countries, frequently cited as successful economies with high taxes, maintain low taxes on business and investment. They understand investment dollars can be swiftly moved to more accommodating jurisdictions.

If taxes on capital are excessively high, making investment costlier, entrepreneurs and businesses go elsewhere for better returns – just like Comeau on a beer run.

People don’t move as easily as capital. But Atlantic Canadians can escape a high tax environment by moving to another province.

Advocates for high taxes insist these workers move for work. But how many families have decided not to return because New Brunswick taxes are too high and the economy is depressed? Punitive tax levels hurt economic growth and working families.

Many overtaxed Europeans migrate in search of lower taxes. The United Kingdom has been a magnet for workers and investment from elsewhere in Europe since taxes were cut under successive governments. The U.K. (65 million people) has created more jobs than the rest of the European Union combined (440 million people) since 2010.

New Brunswick, meanwhile, has steadily increased taxes on just about everything. The result? Little job creation and an unemployment rate that hasn’t dropped since 2010.

Do you suppose Great Britain taxes investment and income from wages at New Brunswick levels? That’s something to consider while enjoying your next cold beer.

John Williamson is a Member of Parliament.