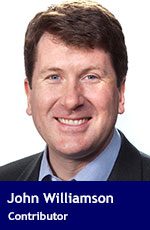 New Brunswick Treasury Board Minister Roger Melanson has a tough job as the province’s workhorse on tax and spending. But his policies don’t create the economic growth the province needs.

The province’s policy of high taxes to pay for more spending isn’t working. New jobs aren’t being created and a policy of subsidizing companies that add workers isn’t sustainable. Subsidized jobs typically disappear when the grant ends. And the cost of those corporate subsidies is paid by higher overall taxes, dragging on business expansion and job formation. Economists say growth in New Brunswick is slowing and the Conference Board of Canada predicts the economy will actually shrink in 2016. The labour force is also shrinking as the population ages and workers go elsewhere for better opportunities.

Taxes are so high that families and businesses spend and invest less. The 2016 budget lowered the amount of tax revenue from two sources that the government said the province would collect in 2015. Taxes paid by corporations in 2015 will be $30 million less than anticipated. Similarly, HST revenue will be down $50 million, a 4.2 per cent decline. These numbers indicate slower business activity and less consumer spending.

Complaints about budget policy are usually heard from outside the government. But not always. David Campbell – the senior adviser to Premier Brian Gallant’s Jobs Board – recently broadsided the government in a commentary entitled New Brunswick’s $250,000 Problem.

Slow economic growth and more unemployment are triggered by heavy personal and business tax rates. New Brunswick’s personal income tax rates – up and down the economic ladder – are too high. The province is nearly tied with Nova Scotia with the second highest top tax rate in North America. (The highest tax jurisdiction is Quebec.) The province also has one of the highest corporate tax rates in Canada. This weakens incentives for large companies and the people that manage them to remain or locate here.

But Melanson doesn’t believe the government’s high tax agenda puts the province at a competitive disadvantage, despite mounting evidence of a worsening economy. “East of Ontario, everyone is at the same level or just about,” he said about taxes. “We are competitive in corporate taxes. The level of income tax for high-income earners also is competitive compared to the other Atlantic provinces.”

In fact, the government will collect about $300 million each year from its two-point HST increase, or $1.5 billion over five years. And the projected expenditure savings of $296 million amount to just $60 million a year, on average.

For every $1 in spending reductions, New Brunswick taxpayers will pay $5 more in HST. This five-to-one ratio isn’t close to a balanced plan. And it would be even more lopsided if we included the revenues from higher income taxes, higher gas and cigarette taxes, and added fees for government services.

So long as New Brunswick taxes and spends in the same pattern, the government will not balance its budget. That’s a simple math. Melanson needs a new calculator.

John is a Troy Media contributor. Why aren’t you?