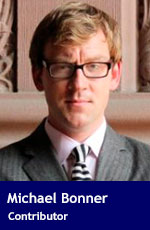 Nearly 15 years of Liberal rule have made Ontario the economic equivalent of the Hagersville tire fire.

The great flaming mass of Liberal incompetence has covered Ontario with a poisonous cloud of failure.

Inflation-adjusted growth in Ontario is stuck at about half the Canadian average. Growth in disposable income lags significantly behind that of every other province. The same goes for Ontario’s unemployment rate. And private-sector investment in business has all but petered out.

These economic woes were highlighted and explained recently by Toronto writer Matthew Lau. He rightly pointed out that this grim state of affairs isn’t a recent development.

In fact, the Liberals have been grinding Ontario down during their entire time in office.

We’re a year away from the next election. The Ontario legislature has risen for the long summer vacation. Premier Kathleen Wynne and her minions hope that you’ll forget the Liberals’ abysmal economic record.

They also hope you’ll forget the billions of dollars they wasted in a seemingly endless procession of embarrassing scandals. Secret funds funnelled to unions, the air-ambulance service Ornge boondoggle, eHealth, smart meters, third-world safety standards at the Windsor Parkway, and the slush fund for Liberal organizers of the Pan Am Games are just some of the highlights.

Political memories can be short and the Liberals have counted on this before. But if I were Wynne, I’d be very worried.

When the legislature returns this fall, two Liberal scandals will be all over the news again. Liberal apparatchiks and bagmen will be going to trial for the Sudbury byelection bribery scandal and the deletion of public records in the gas plant fiasco.

Some very serious allegations will be tested in court. Whatever the outcome of those trials, the stench of corruption and incompetence will still hang over Wynne’s government.

This government has been subjected to five police investigations. It has forced Ontarians to overpay egregiously for electricity. It mortgaged the future with grossly overpriced wind farm and solar power contracts. It repeatedly used public money to fund self-congratulatory and partisan advertisements. It falsified freedom-of-information statistics at the Ministry of the Environment and Climate Change.

Unsurprisingly, Wynne is profoundly detested. According to polls done by Innovative Research, not even Liberals like Wynne anymore. Half of all partisan Liberals think that Wynne has changed Ontario for the worse, and more than a third will never vote for her again.

All of this means the Liberals lack the moral authority to govern Ontario. Economic stability and confidence in government are little more than dreams now.

Wynne once said she wants Ontarians to be able to “live out their dreams.”

Most of us dream of an Ontario without Kathleen Wynne.

Dr. Michael Bonner is a political adviser based in Toronto. He has advised legislators at both the federal and provincial levels of Canadian politics. He holds a master’s and doctorate in Iranian history from the University of Oxford, and is the author of two books on pre-Islamic Iran.

Michael is a Troy Media Thought Leader. Why aren’t you?

Dr. Michael Bonner is a political adviser based in Toronto. He has advised legislators at both the federal and provincial levels of Canadian politics. He holds a master's and doctorate in Iranian history from the University of Oxford, and is the author of two books on pre-Islamic Iran.