New healthcare tax needs to be tied to health spending 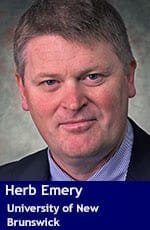 On the surface, the Alberta government’s decision to restore healthcare taxes so that Albertans can directly contribute to the healthcare system sounds reasonable.

Each person earning over $50,000 dollars per year will now pay up to $1,000 in taxes, which works out to approximately $0.5 billion over two years.

But dig a little deeper and the decision looks less like a cure for the health system and more like what ails it already.

Prior to the recent budget, the government had indicated that the healthcare premiums would be targeted to help finance the $18 billion medical treatment system – a transparent mechanism. But what Albertans are actually getting is a new tax only purported to be for health but that will be absorbed into general revenues.

Notwithstanding that, there is a clear case to be made for a health-specific tax tied to health spending.

In a report I wrote for the School of Public Policy at the University of Calgary, I show that there are sizeable inflationary impacts on health spending when voters do not face a clear tax linked to the price of the spending. In fact, by obscuring how healthcare spending is financed, it is estimated that $6.75 billion was added to public healthcare spending in Canada from 2001 to 2008.

When government spending is more clearly tied to tax prices or out-of-pocket costs, there is greater public demand for spending restraint. For example, transparency in how education is financed has led to calls for restraint, particularly in teacher incomes, and for accountability in education outcomes. And in the context of the payroll tax-financed Canada Pension Plan, concerns over the rate of increase in its contribution levels resulted in dramatic reforms to the plan in the late 1990s that included pre-funding some of the plan’s future liabilities.

Unfortunately, as Alberta’s new healthcare levy is not tied to any specific expenditures in the healthcare system, such as physician billings or patient use of the system, it can only be interpreted as just another tax, one with no purpose other than to raise revenue for a government more interested in perpetuating the Canadian tradition of avoiding tough healthcare choices. This is unfortunate since Alberta needs to make some tough choices if the publicly-funded medical system is to be sustained and the province is to address its deficit.

Government healthcare spending in Alberta is fast approaching half of all government expenditure. Former Alberta Health Services CEO Dr. Stephen Duckett was one of the earliest commentators to point out that when it comes to healthcare, compared to other provinces Alberta spends a lot per person and achieves middle of the pack health outcomes and access to necessary services. By definition, this defines Alberta’s as an inefficient healthcare system.

Alberta’s healthcare levies could change the health system for the better, but only if it is implemented as a measure of accountability for healthcare system performance.

Wouldn’t it be great to see a government with the incentive to change from a passive bill payer to fulfilling its actual role of being an effective purchaser of healthcare services? A transparent health levy tied directly to health expenditures could make this a real possibility.

Imagine if Premier Jim Prentice implemented a “Prentice Premium” that would limit taxpayer tolerance for inefficient and unnecessarily costly provision of medical treatment? Studies have shown enormous costs are linked to inappropriate health services, unnecessary referrals and an unwillingness to resource the health system appropriately beyond the scope of hospitals and doctors.

Imagine a “Prentice Premium” that would activate voter demands for a patient-oriented medical treatment system that operates beyond the 9 to 5, five day a week schedule when healthcare needs don’t follow a regular work week. And after 75 years of talking about it, voters may demand the government make the prevention of chronic disease a priority.

I can applaud the new health premium only if it will introduce meaningful accountability into healthcare spending. If this government cannot manage its responsibility to procure high quality, patient-oriented and cost-effective health services in return for Albertan’s high level of public spending, then voters might feel it is time to let a new government give it a try.

Herb Emergy is Professor of Economics and serves as Vaughn Chair in Regional Economics, Department of Economics, Faculty of Arts, University of New Brunswick.

Herb is a Troy Media Thought Leader. Why aren’t you?

An advisor to federal and provincial policymakers, Dr. Emery focuses his research on the development of the Canadian economy and the persistence of long-standing regional disparities. Aside from understanding the economic fundamentals of growth in a small open economy, Dr. Emery’s work incorporates political, historical, cultural and other institutional factors that have shaped Canadian development processes.