Our health system is about values that define our society, helping the most vulnerable and placing well-being above wealth 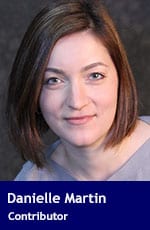 There’s nothing like an American health-care debate to make Canadians feel lucky.

Donald Trump’s first act as president was to sign an executive order taking the first step to repeal the Affordable Care Act. With the stroke of a pen, 20 million Americans may soon find themselves without health insurance.

Not that long ago, many Canadians faced the same challenge.

My grandparents Jacques and Sarah arrived in Montreal in 1951, having left behind everything and everyone they knew in Egypt. The burden of building a new life in this new country fell heavily on Jacques’ shoulders. It was a role he assumed dutifully. Until, a year later, when he suffered a heart attack and was hospitalized for nine weeks.

The ordeal diminished him – physically and otherwise. Respiratory symptoms and other complications lingered. The cost of drugs and visits to the doctor were as crippling as the pain in his legs and he was barely able to work. For my grandmother, the twin pressures of caring for an ailing husband and holding the family together became overwhelming.

It was, to say the least, a grinding existence.

The story ends with my grandfather’s death at the age of 54 in 1966 – the same year Parliament passed legislation to create medicare. Had it been in place, how different might my grandparents’ lives have been?

Our system of health care is about more than money and medicine. It’s about the values that define us as a society – are we there for one another when we’re at our most vulnerable? Do we place well-being above wealth? Do we believe that good health leads to good outcomes – like a stronger economy, more cohesive communities and more fulfilling lives?

Framed by the debates taking place south of the border, we should never take the answers for granted.

But let’s be honest – there are a variety of problems with Canada’s health-care system.

People struggle to find a family doctor. They wait too long for specialist consultations and elective surgeries. Service could be better. Outcomes should be boosted. Spending must be sufficient but it must also be sustainable.

We need, in a word, to make health care in Canada better.

So it’s time to shift the debate. Let’s quit bickering over whether we can sustain public health care in Canada. Let’s focus on how to sustain it.

The solutions are neither magical nor beyond our grasp. And most of them don’t actually require more money – in fact, some of them will produce savings.

In my book, Better Now, I highlight six ideas that, if implemented, could produce important and wide-ranging transformation. For example, there’s no reason we can’t ensure that every Canadian has access to a family doctor with whom they enjoy a trusting relationship. In fact, by working in teams with nurses, physiotherapists and pharmacists, we could deliver true patient-centred care.

Wait times for surgeries could be brought down by pooling lists among specialists. We can do a better job of protecting patients from adverse effects and outright harm by reducing unnecessary tests and procedures. And if we were to bring prescription medicines into medicare by creating a national pharmacare system, we could save money and provide everyone with access to life-saving drugs.

Ideas like these could unleash dramatic improvements in Canadian health care right away. All that’s required is the political and popular will. And, perhaps even more fundamentally, a commitment to maintaining the principle of universal access that underpins our system and which is once again under fire in the United States.

Our system of universal health care is a fundamental expression of our values and a testament to Canadians’ commitment to fairness. It’s built on the principle that care should be based upon need, not ability to pay. That’s not a value that goes out of style.

If we believe that medicare is a worthy endeavour, then we must also live up to those values and accept the responsibility to make that system work – and work well. It’s time to make it better.

Danielle Martin is author of Better Now: Six Big Ideas to Improve Health Care for All Canadians, is a family physician and vice-president Medical Affairs and Health System Solutions at Women’s College Hospital in Toronto.

Danielle is a Troy Media Thought Leader. Why aren’t you?

It is my strong belief that research and education in the areas of health care policy and health care systems are important means of ensuring that the health needs of communities are met, and also vehicles for achieving social change. Through novel curriculum design, implementation and dissemination, I have worked to increase understanding of healthcare system issues in the Canadian medical community in hopes of achieving that higher goal. I have worked as an advocate for the preservation and improvement of public health care in Canada for over a decade and more recently in the United States. I am also an actively practicing family doctor and hospital administrator.