It’s time to talk about end of life 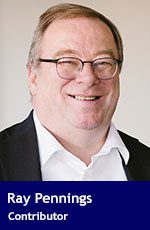 Choice now trumps life as Canada’s political preference of, well, choice. For the first 149 years of our country’s existence, life had dignity and deserved the fullest protection of the law. But by this time next year, Parliament must codify the principle that the choice to take one’s life is a greater good than life itself.

Politics still has work to do in defining how broadly or narrowly the terms of that choice will be. Still, the Supreme Court has spoken and a fundamental shift is the inevitable outcome.

Given that 2015 is an election year, any solution will be presented as a compromising middle ground, although it’s hard to imagine there won’t be alienation on either side of the unbridgeable divide between the choice for life and the choice for death.

The paradox is that death is the commonality we all share. While we argue over the timing and manner of its inevitable arrival, days and months and years are being squandered in preparing for, and ultimately accepting, the finitude of life on Earth.

Statistics show only five per cent of Canadians have had an end of life conversation with their doctor. Maybe that’s at least in part why 70 per cent of seniors don’t wish to have life-preserving treatments, yet 54 per cent will be admitted to an intensive care unit at some point. It may also be key to the Canadian Medical Association’s reminders that only 16 per cent of Canadians have access to best-practice medical care. Palliative care is often the tug-of-love orphan in the life-versus-choice argument. Both sides claim to want more of it. Both use its recognized benefits to pursue very different rhetorical outcomes. Could a source of the discrepancy be the very hypermedicalized approach to dealing with end-of-life issues? I’m starting to think so.

I’m becoming increasingly convinced that, in addition to palliative care, the gamut of enmeshed family, community and spiritual supports necessary for best-practice end of life care are being ignored to the detriment of all Canadians. It’s not an abstract or philosophical concern. Death not only claims us all, it touches those we love and know in a wide circle around us.

That, surely, should make it a fit subject for public policy discussion well beyond the moment and the means.

For example, employment insurance benefits provide for six weeks of compassionate care support when a family member is diagnosed with a terminal illness where the prognosis is death within six months. Six weeks.

Pause for a moment or six and think about that. You just received word that your spouse has six months to live, and society offers you six weeks of support as a gesture of compassion. So, do you take it now while you come to grips with the prognosis? During the six months, when care needs will spike? At the end so you have time together? Six weeks of compassion? Surely Canadians need a robust political and policy discussion about doing better.

An all-party Commons committee tried to start just such a discussion in 2011 with a 180-page report called Not to be Forgotten: Care for Vulnerable Canadians. It is filled with practical recommendations for acting on palliative care, elder abuse, suicide prevention and effective ways to lessen the need for assisted suicide. Sadly, like so much fine work done in Parliament, it was largely filed and forgotten.

Perhaps instead of the next 12 months being entirely heat and light over life and choice, that conversation-starter should be made available for community care, hospice, palliative care and bereavement support groups as well as in doctors’ offices, where seniors and vulnerable Canadians are known to go. We will have a historic political debate over wide versus narrow lawmaking.

We can also have a mature conversation about becoming a country that prepares itself well for the end that awaits us all.

Ray Pennings is co-founder and executive vice-president of Cardus, an independent policy institute.

Ray is one of Canada’s leading contributors. Why aren’t you?