Lifting the veil off the role of women in health care

There’s a significant lack of gender parity in health leadership positions. Pay equity and workplace safety must also be addressed 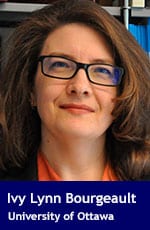 Sometimes an issue can be so pervasive that it’s rendered nearly invisible. Take for instance the gender of the health workforce.

Women comprise 82 per cent of health workers in Canada, in contrast to 47 per cent in the total labour force. This surpasses the global rate of 70 per cent. From 1997 to 2016, health sector employment increased approximately 69 per cent, almost twice that of the Canadian labour force. The proportion of women working in that sector grew at a faster pace than that of men (72 per cent versus 55 per cent).

Clearly the health sector is an important employment area for women.

Despite their numbers, women’s participation in the health sector is highly stratified.

Women are less visible in leadership positions in health care. They lead fewer than 30 per cent of hospitals and other health care organizations. This is even lower in the more prestigious research-intensive teaching hospitals. There are only five female CEOs of the 23 academic hospitals in Ontario.

In professions where women are quickly becoming the majority, such as medicine, dentistry and pharmacy, only rarely do they occupy leadership positions. There are two female deans of the 17 Canadian faculties of medicine (there have been three previously). Even in professions where women predominate, men disproportionately occupy leadership positions.

The lack of gender parity in health leadership positions can be attributed to both cultural assumptions about women’s leadership capability and to systemic gender barriers. A glass ceiling exists in health care just as it does in other sectors.

The invisibility of the gendered nature of health work, where the skills and tasks of traditional female occupations are valued less than those of traditionally male occupations, also has implications for pay equity. The pay gap women experience in general is particularly notable in health care at 26 per cent. Because of women’s predominance in the health sector, eliminating the gender wage gap would have a profound impact on women’s economic empowerment more broadly.

The highly gendered nature of health work also has implications for the invisibility of the endemic bullying, sexual harassment and violence experienced in the health workplace. Violence and harassment not only limit health workers’ abilities to undertake their work, it can silence their voices at leadership tables. A recent report by the Canadian Federation of Nurses Unions, Enough is Enough, warns how violence in the health sector is increasing, caused by understaffing, inadequate security and increased patient numbers.

Cutbacks in health care affect women workers disproportionately but so too do investments. We’re encouraged by the federal government’s gender-based lens in its recent federal budget. We’re asking for this to permeate to provincial and territorial investments into health care, recognizing these are akin to infrastructure investments – that is, into the care infrastructure largely provided by women across the whole of the health workforce.

Making the gendered nature of the health workforce visible is integral to promoting gender equity, what’s referred to globally as the gender-transformative change agenda. This aligns with the gender equity focus of Canada’s G7 presidency.

Many tools and guides that provide examples on how gender transformative policies and programming may be implemented are becoming available through the gender equity hub of the Global Health Workforce Network. These address discriminatory behaviours and patterns at various levels from pre-service education, to in-service training and mentoring, to policies at the national, regional and/or district, institutional and community levels.

The International Labour Organization, for example, has developed policies to address issues of sexual harassment, the gender pay gap, maternity leave and flexible working hours at national and international levels. Comprehensive maternity and paternity leave structures across all health worker cadres, reserving a representative proportion of leadership roles for women and working exclusively with partners who show commitment to gender equity may prove to be effective starting points.

There’s a need for a fundamental shift in the way the health workforce is perceived and in particular women’s place within that health workforce. An explicit gender transformative approach in Canada is critical.

Ivy Lynn Bourgeault is CIHR chair in Gender, Work and Health at the University of Ottawa and the lead of the Empowering Women Leaders in Health project.