Quebec’s health-care privatization a lesson for the whole nation

But much still hinges on the outcome of the ongoing court case in B.C. 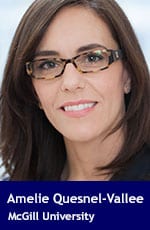 Ask a random Canadian if our health system looks more like that of the United States or the United Kingdom. Chances are, most will respond that our system is nothing like the U.S. – which is largely paid for privately – and every bit like the U.K., which has publicly-funded health care.

The reality is more of a cold shower.

When we look at data from the Organization for Economic Co-operation and Development (OECD), which compares the wealthy countries of the world, we see that Canada is well ahead of most peer countries in terms of private financing, with a whopping 30 per cent of our health expenditures paid for through private health insurance or out-of-pocket spending.

This is 50 per cent more than the U.K., where private health spending is at 20 per cent, and three times as much as in France, where it’s only 10 per cent.

Now, a court case that is ongoing in British Columbia, known widely as the Cambie case, has some worried that we might see an even greater development of the private pay health-care market across Canada.

The Quebec experience suggests that a lot hinges on how forcefully and decisively the B.C. government responds to the court challenge. And, on this count, B.C. has a head start where Quebec faltered. The court decisions matter, of course but, at the end of the day, it will be provincial governments’ actions (or lack thereof) that open or shut the door to a two-tier health system.

For those with good memories, the Cambie case may be oddly reminiscent of the Chaoulli case that unfolded more than 13 years ago in Quebec.

To understand both, it’s worthwhile to remind readers of the legal provisions that constrain the private purchase of health care in Canadian provinces. Basically, doctors in Canada are prohibited from extra-billing or double dipping – charging patients for services already covered under our publicly funded medicare.

Doctors are also prohibited from working in both the public pay and the private pay health system at the same time, when providing medicare beneficiaries with publicly insured services. The concern is that such a dual practice could result in a conflict of interest, creating wait times in the public system to funnel patients to the more lucrative private practice.

Physicians must choose: either be all in the public system or all out.

The Cambie court challenge seeks to break down the all-in or all-out dilemma for physicians, striking at the heart of BC’s Medicare Protection Act by targeting all constraints on extra-billing and opted-out practice, dual practice and private insurance that duplicates B.C.’s public plan.

The Chaoulli court challenge was far less ambitious, targeting only Quebec’s legal prohibition on the purchase of private insurance for services delivered by opted out physicians. Yet, at the time, this was still perceived as significant risk for the development of a two-tier system.

Many were concerned when Jacques Chaoulli won his challenge, and Quebec responded with Bill 33, which opened the door to duplicative private insurance for a select number of otherwise publicly-insured health services.

While Bill 33 turned out to be fairly innocuous (largely because private insurers didn’t deem this a profitable venture and that it only applied to Quebec), it nevertheless responded to the spirit of the court challenge, sending a powerful message that Quebec’s elected officials were at least, in principle, supportive of more private health provision and insurance.

The Chaoulli case should really be seen as a symptom rather than a cause of the fact that Quebec is home to what is arguably one of the largest private health markets in the country. In fact, the cause stems more from neglect by legislators – whether benign or strategic, and for decades preceding Chaoulli – allowing several hot spots of privatization to flourish.

This includes private diagnostic services, which are reimbursable by private insurance in Quebec but not elsewhere in Canada; physicians opting out of the public system in ever increasing numbers, year after year; and extra-billing, which was only been officially banned by the province in 2017 (only after threats of claw backs of the federal health transfer).

While B.C. shares similar historical trends with Quebec, we see no such benign neglect by B.C. legislators.

With both sides firmly entrenched in their positions, it’s unlikely that we will see a swift resolution to the Cambie conflict. Whichever side loses the court case is likely to bring it to the B.C. Court of Appeal and, from there, to the Supreme Court of Canada, as happened with Chaoulli.

In other words, there’s still a long battle ahead.

Amélie and Rachel are Troy Media contributors. Why aren’t you?

Amélie Quesnel-Vallée is a medical sociologist and a social demographer with postdoctoral training in social epidemiology. Her research examines the contribution of social policies to the development of social inequalities in health over the lifecourse.