Screening baby boomers for hepatitis C will save lives

By Canadian Society for International Health on July 25, 2017No Comment

Thousands of Canadians go about their business oblivious to the fact they’ve been carrying a life-threatening disease for 10, 20 or 30 years 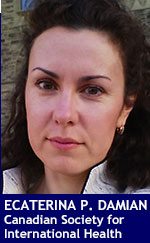 On July 28, countries around the world will mark World Hepatitis Day by calling for increased access to hepatitis testing, prevention and treatment.

The World Health Organization is leading the charge with its Global Strategy on Viral Hepatitis, adopted by 194 governments. The strategy aims to eliminate hepatitis as a public health threat by 2030.

And Canada is on board … sort of.

For eight years, the Canadian Society for International Health (CSIH) has been co-ordinating the World Hepatitis Day campaign in Canada, with the participation of dozens of organizations across the country. Last year, federal Health Minister Dr. Jane Philpott launched WHD Canada on Parliament Hill with an affirmation of Canada’s commitment to the elimination of hepatitis.

CSIH, the Canadian Liver Foundation and other like-minded organizations work year-round to raise awareness and promote safe behaviour, screening and access to treatment. Physicians treat hundreds of Canadians who are affected by the disease. Canada’s provinces and territories are taking active steps to improve access to the most recent hepatitis therapies that have been demonstrated to cure hepatitis C, especially when detected early.

And there’s the hitch – early detection. It’s estimated that 44 per cent of Canadians with hepatitis C don’t know they have it. The need to improve screening is evident.

On April 24, the Canadian Task Force on Preventive Health Care (CTFPHC) released new screening guidelines for hepatitis C that were intended to fill the gap. Unfortunately, the guidelines don’t include the population with the highest rate of undiagnosed cases: baby boomers, or Canadians born between 1945 and 1975.

Some boomers may have participated in risky behaviours in their youth, from experimenting with injection drugs to DIY tattoos. Others could have been contaminated through blood transfusions and unsafe medical practices prior to 1992. And thousands of Canadians from every walk of life have no way of tracing how they might have contracted the disease.

These people go about their business oblivious to the fact they’ve been carrying a life-threatening disease for 10, 20 or 30 years. And by the time symptoms develop, they could have serious liver damage, cirrhosis or cancer, and a bleak prognosis.

Screening would permit early detection, effective treatment and help prevent the spread of the disease.

How can a country sign on to the WHO Global Strategy on Viral Hepatitis while adopting guidelines that overlook such a large segment of the population? How can Canada eradicate hepatitis if almost half its affected citizens don’t know they need to seek treatment?

This year on World Hepatitis Day, CSIH calls on the Canadian government to step up its efforts to eliminate hepatitis C by revisiting these guidelines and including a recommendation for the screening of Canadians born between 1945 and 1975.

And we urge baby boomers to ask their doctor for this simple test. It could save your life.