Oil and gas demand to stay strong through 2050 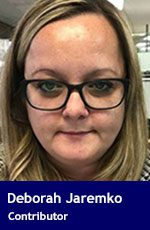 The latest outlook for energy demand to 2050 underscores Canada’s opportunity to supply responsibly produced oil and gas as the world works to reduce emissions.

In all three scenarios published on Oct. 27 by the International Energy Agency (IEA), oil and gas remain critical long into the future.

“Even in the net zero carbon scenario of the International Energy Agency by 2050, oil and gas are still significant energy resources,” said Daniel Yergin, leading energy analyst and Pulitzer Prize-winning author, on an Oct. 26 podcast hosted by the Washington, D.C.-based Brookings Institute thinktank.

That’s because of the massive scale that the world uses oil and gas, he said. And it’s about much more than fuel for your car.

“What people don’t realize is how much else oil and gas go into. If you’re wearing a North Face jacket when you’re outdoors because it’s cold, it’s a polyester polyurethane nylon product. It’s virtually all an oil product.

“If you fly in a 787 jet, the body of that plane is a carbon product. If you’ve ever taken Tylenol in your life, it’s an oil product. You just go down this list and it’s so much more pervasive than you realize. It’s in many ways a building block of the world in which we live.”

The IEA’s most realistic scenario is based on the world’s current trajectory. In this scenario, despite the rising role of renewable energy, oil and gas will remain central to the global energy system through 2050.

With its leading environmental standards, commitment to social progress and reconciliation with Indigenous communities, Canada should be the world’s oil and gas supplier of choice.

Canada’s oil sands is the only major oil basin where producers have jointly committed to reaching net zero emissions by 2050.

And liquefied natural gas (LNG) from Canada will have among the lowest emissions per tonne, making a meaningful difference in helping the world reduce its reliance on coal.

In the IEA’s net zero scenario, which assumes the world successfully reduces emissions to net zero in just over 27 years, in 2050 oil and gas would still supply 15 per cent of energy needs.

But achieving that goal seems increasingly unlikely given two of the world’s two largest emitters, China and India, have pledged to reach net zero by 2060 and 2070, respectively.

Maintaining investment in oil and gas is essential as the world works to reduce emissions, Yergin said.

“The reality is that the world still uses 80 per cent of its energy from hydrocarbons. Just to maintain production, you need new investment,” he said.

“For those who say we shouldn’t invest anything in fossil fuels now, I remind you that we have to feed the system we have today while we’re moving toward the new system. This will be a difficult tightrope to walk. But it’s where we are.”