Not just blowing smoke: why governments should embrace vaping

Instead of moving to group e-cigarettes with tobacco products, new legislation should recognize the health benefits of vaping over smoking 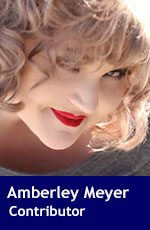 The growing government push to restrict vaping will only worsen the cigarette-related health crisis in Canada.

On the federal level, Bill S5 remains before the Senate, more than a year after it was introduced in that house. The bill is intended to amend the Tobacco Act and the Non-smokers’ Health Act, primarily to regulate the use of electronic cigarettes.

Bill S5 is an overreach of governmental power. It encroaches on the right of free speech for the vape industry by forcing businesses to only display and promote verbiage dictated by Health Canada.

Bill S5 doesn’t look at the relative risk of vaping compared to smoking, just the risk of vaping. The harm reduction component is seriously lacking and needs to be acknowledged and included.

With some significant but possible amendments, the bill could allow a balanced fit-for-purpose approach to regulating e-cigarettes in Canada.

At the provincial level, particularly in Ontario, the fix is not nearly so simple.

On Nov. 1, Ontario Premier Kathleen Wynne and her Liberal government introduced Bill 174, which is meant to legalize the use and sale of marijuana in the province. However, the omnibus legislation has several unrelated bills attached, including one on vaping.

Wynne made a commitment to fairness on this issue, stating that the rules would apply equally to vaping, marijuana and cigarettes. But she seems not to understand that smoking is massively more hazardous than vaping.

What her government promotes would be akin to giving a marketplace advantage to leaded paint or open sewers. The legislation would protect the cigarette business rather than public health. It would make it illegal for a vape shop to show a smoker how to use a vaping device.

The proposed legislation shows absolute distain for the vaping population of Ontario and for the opinions of leading health authorities. And a growing number of health professionals believe vaping is an effective way to quit smoking.

The Ontario government added fuel to the fire by limiting public testimony on Bill 174 to 6.5 hours in total. If those 6.5 hours were entirely devoted to discussing the vaping portion of the omnibus bill, each of Ontario’s approximately 900,000 vapers would have had 0.026 seconds to argue their case. And in fact, that 6.5 hours of discussion dealt with all aspects of the omnibus bill, not just the portion that focused on vaping.

Employing such an undemocratic tactic is reprehensible. Ontario residents who have opted for vaping over traditional combustible tobacco as their nicotine delivery system deserve far more.

Cigarette smoke inhalation is the leading cause of preventable death in Canada, leading to 100 deaths a day. Making it more difficult for Ontarians to quit smoking cigarettes simply causes more deaths. It does not promote health.

“Limiting access to the most successful alternative to smoking will kill people. This law is not just awful or unfair, this law will kill vaping as you know it and, in turn, kill people we care about,” said Ron Couchman, owner of Clear Sky Vapes in Ottawa.

It’s time legislators at all levels of government in Canada understood that.

Amberlee Meyer is a senior staff writer for the international lifestyle magazine Vapun. Her regular feature State of Vape deals with public health, politics, regulations and business practices within the industry. She was also one of the first faces of Not Blowing Smoke’s No More Casualties marketing campaign in 2016.

Amberlee is a Troy Media Thought Leader. Why aren’t you?

Amberlee Meyer is a senior staff writer for the international lifestyle magazine Vapun. Her regular feature State of Vape deals with public health, politics, regulations and business practices within the industry.