This is part 1 in our series TFSA's
Reading Time: 3 minutes 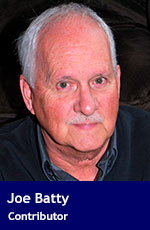 Are you one of the six million Canadians who have opened a tax free savings account (TFSA)?

Have you ever wondered about the real purpose of these accounts? You’re not alone. Millions of Canadians are unaware of the potential windfall that former finance minister Jim Flaherty handed them in 2009 when he introduced TFSAs.

TSFAs were introduced to encourage Canadians to invest in Canada. It was thought at the time to be a saviour for Canada’s investment-starved technology sector.

TSFAs are government-regulated savings accounts that carry special rights. The limit starting in 2009 was $5,000. The government then changed the annual TSFA contribution limit to $5,500 for two years, then to $10,000 for one year and now back to $5,500 for the next two years. It’s starting to add up. An adult can have amassed $52,000 if they contributed the maximum allowed each year – and that’s a considerable sum.

What’s so good about this opportunity?

So why don’t Canadians use TSFAs to invest in high-risk, high-return ventures?

That’s a very good question, since there’s no doubt the Canadian economy needs this money to be more productive. In the nine years since the introduction of the TSFA program, more than $90 billion has accumulated in these plans. Regrettably, almost all of this capital is languishing in Guaranteed Investment Certificate (GIC) type accounts earning one to two per cent annual returns.

The pitiful reality is Canadians aren’t taking advantage of this potential windfall. Canadians have been convinced that TSFAs can’t be self-directed; that the only investment options are bank-sponsored funds that, frankly, aren’t doing investors any good or helping the technology sector, which would help our economy.

The TFSA program is massively misunderstood. Let me give you an example:

About a year ago, I was travelling with an old friend. We had a good chance to talk without distractions. He mentioned he and his wife both had TFSAs and that he had just moved all of his TFSA money from one bank to another for a better interest rate.

Later, he told that me a mutual friend had recently bought controlling interest in a silver mine and the prospects were promising. He said he’d bought $10,000 worth of shares in the company. I asked what the shares might rise to if the assay work proved successful. He told me he’d paid 20 cents a share and they could rise to $2, a tidy profit.

I asked if he’d purchased the shares in his TFSA account. His reply astonished me.

There was about five minutes of deadly silence. I could tell his thoughts ran something like this: “What the heck, my financial adviser didn’t tell me this.”

When you get your next TFSA statement, take a good look at it and consider the following:

Canadians need to do their homework about the potential of their TFSAs. It’s their money.

Joe Batty is an accountant with a specialty in new asset management. Joe has more than 40 years of experience in finance and accounting.

Joe is a Troy Media Thought Leader. Why aren’t you?

Joe Batty, chief financial officer for Troy Media Digital Solutions Ltd., is an accountant with a specialty in new asset management. Joe has more than 40 years of experience in finance and accounting.