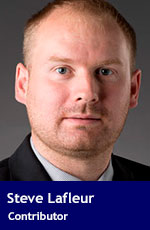 An Australian real estate developer recently stoked fury on social media by claiming that millennials might be able to afford to buy homes in Australia’s biggest cities if they cut out excesses such as “fancy toast.” Canadian commentators were quick to note that you’d have to forego a lot of avocado toast to scrape together the down payment in expensive real estate markets such as Toronto and Vancouver.

However, this retort actually understates the challenge. Even in a scenario where millennials suddenly became much more frugal, having more money for down payments, mortgage payments and other expenses associated with home ownership could push housing prices higher still. If not accompanied by an increase in the housing supply, more money chasing the same number of units could simply intensify bidding wars. This is Economics 101 – if you increase the demand for a good without a corresponding increase in supply, prices will increase.

Look no further than the B.C. Home Owner Mortgage and Equity Partnership Program to see how this can play out. The government program, which provides down payment assistance loans, has been lambasted for potentially driving up prices and fuelling bidding wars in Vancouver and beyond. While it’s impossible to say how much it contributes to rising home prices, University of British Columbia economics Prof. Thomas Davidoff, a noted expert on housing policy, didn’t mince words when asked about the program: “It’s hard for me to believe that that program has not had any impact on prices.”

For another example of how money alone won’t solve affordability issues, consider the San Francisco Bay area. As the region has churned out tech jobs, it has attracted a lot of very well paid millennials. But since growth of the housing stock has been constantly thwarted by no-growth activists who want to preserve the “character” of wealthy neighbourhoods, it isn’t too hard to find people with impressive job titles sleeping in closets.

Simply put, increasing demand – whether through allocating more private savings to housing, more generous public subsidies or higher wages – won’t restore widespread affordability in Toronto or Vancouver unless there’s also an increase in the housing supply. Unfortunately, as recent Fraser Institute research has shown, red tape has strangled growth in the housing supply in Toronto and Vancouver. Both cities have artificially limited the supply of new housing units through a myriad of policy choices (zoning large chunks of each city solely for detached houses, for example), permitting delays and community opposition that slow the approval of new housing units.

All of this, despite the fact that each city faces geographical and political constraints that limit the number of detached houses. Cutting through red tape is crucial to getting more homes on the market – a central goal for any plausible effort to restore affordability in our cities.

While increased frugality might seem like an elegant solution to the housing crunch, and scapegoating the spending habits of millennials might be a convenient way to pass blame for the decline in housing affordability, it does nothing to solve the problem.

In reality, if millennials took this advice en masse, it could make the problem even worse.

Steve Lafleur is a senior policy analyst with the Fraser Institute.

Steve is a Troy Media Thought Leader. Why aren’t you?