Another blow to pipeline projects in Canada

The NEB plans to judge a project on the greenhouse gas emissions of the people who produce the oil, as well as those who eventually consume it 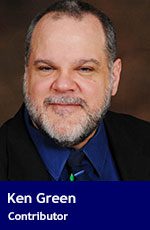 It seems that hardly a week goes by without some new announced barrier to the construction of pipelines to allow Canadian oil to flow to markets other than the glutted United States.

The National Energy Board (NEB) recently issued a news release announcing the topics to be considered in its assessments of the Energy East and Eastern Mainline projects. Environmentalists are celebrating what they know is a major setback for pipeline production in Canada.

Most of the topics are pretty obvious. Pipeline safety, environmental impacts, socio-economic impacts and so on. But the NEB’s release injected a massive dose of uncertainty into the proposed projects by including consideration of “upstream and downstream” greenhouse gas emissions in determining whether any project is compatible with governmental greenhouse gas reduction targets, and the impact of those targets on the “economic viability” of the projects.

The NEB explains that “upstream” emissions include “all industrial activities from the point of resource extraction to the project under review. The specific processes included as upstream activities will vary by resource and project type, but in general they include extraction, processing, handling and transportation.” Downstream emissions, it explains, include “all activities from the point of the product leaving the project to the final end-use. The processes will include further refining and processing, transportation and end-use combustion.”

It goes without saying that pipeline companies have absolutely no control over any of those issues.

What this will mean in practise is hard to know since eventually the carbon emission costs will have to be allocated along the entire development/utilization process. But let’s do a calculation starting from the assumption that Prime Minister Justin Trudeau’s federal carbon price floor represents the government’s estimate of climate damages from a given quantity of greenhouse gas emitted ($50 per tonne) and is the mechanism by which the government will internalize the climate costs of the new upstream/downstream emission impacts.

The Energy East pipeline would move 1.1 million barrels of oil to market each day, or about 400 million barrels a year. According to a report by IHS CERA, the lifetime greenhouse gas emissions for Canadian oilsands is approximately 550 Kg CO2 per barrel. So 400 million barrels of oil, fully produced and consumed cradle to grave, would emit about 220 million tonnes of CO2 equivalent per year. Taxed at the 2022 federal carbon tax floor of $50 per tonne, that would add about $11 billion per year to the cost of the entire production/transport/consumption cycle. If oil were to hit $60 a barrel in 2022, the revenue from the same quantity of oil would be about $24 billion per year.

So the implied upstream/downstream carbon emission cost would consume about half of the value of the overall endeavour.

It’s hard to see how halving the economic potential of an infrastructure project (or any project) is likely to pass the NEB’s consideration of a project’s economic viability.

But it’s also hard to see why producers would even produce in such a regime. And that may well be why proponents of the new upstream/downstream test are cheering.

Kenneth Green is senior director of the Centre for Natural Resource Studies at the Fraser Institute.

Another blow to pipeline projects in Canada added by Ken Green on September 11, 2017
View all posts by Ken Green →