Get ready for a greener but poorer and slower economy 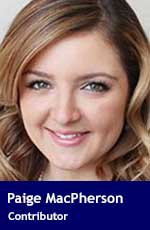 Canadians have generally accepted that carbon pricing is necessary to save the planet. But as taxes and consumer costs rise, promised green jobs fail to materialize and few others in the world seem serious about staying the course, it’s time for a rethink.

Rising population and prosperity in the developing world will grow global demand for energy for the foreseeable future. Billions of people will be lifted out of poverty. They will enjoy greater mobility and economic opportunity and live longer, healthier lives. Central to this progress is access to reliable and reasonably-priced power.

According to a wide list of reliable forecasting agencies, from the International Energy Agency to multinational conglomerates like BP, the rising demand for energy can’t be met any time soon by ‘clean’ renewable sources like wind and solar. Although these are increasing, for the next several decades at least, hydrocarbons will have to be burned, including much more than are burned today.

Greenhouse gas emissions will increase. Thus, for some policy-makers, rising energy-fuelled growth and prosperity is more a curse than a blessing. How can we ‘decarbonize’ our world in the face of inexorable growth in demand for oil, coal and natural gas?

In Canada – nobly but naively – the answer is unilateral decarbonization. As the world’s fastest growing economies expand fossil fuels usage, carbon dioxide emissions, jobs and growth, the federal Liberal government under Prime Minister Justin Trudeau is heading the opposite direction, heaping on taxes and regulations designed to reduce consumption of carbon-based energy along with the emissions, jobs and growth it produces.

The tax-and-regulatory gap with Canada’s largest and most important trading partner only widened after Donald Trump became president of the United States. When Trump jettisoned the Paris climate agreement last summer, he was loudly rebuked by a coalition of major U.S. companies. Consumer products giant Procter & Gamble was among those publicly calling for immediate climate action. But soon after, the multinational closed its plant in Brockville, Ont., to relocate operations in West Virginia where coal-powered energy is much cheaper than it is in coal-banned Ontario. The result: Canada’s CO2 emissions from P&G, along with almost 500 well-paying manufacturing jobs, will shift from Ontario to the U.S.

Nearly 70 per cent of West Virginians voted for Trump in the 2016 presidential election. The P&G jobs, and others in the coal industry, are their reward. Similar calculations are being made by voters and policy-makers around the world. While most governments, and corporations like P&G, are posturing as climate defenders, only Canada and a handful of other western developed nations, are actually punishing consumers with taxes and regulations that substantially raise their energy costs. These measures are having negligible impacts on emissions but they’re certainly being felt in our pocketbooks.

When Trudeau came face-to-face with 54-year-old Kathy Katula from rural Ontario at a town hall meeting last January, he learned about the real-life consequences of government climate policies on real people. “My heat and hydro now cost me more than my mortgage,” Katula tearfully explained to Trudeau. “How is it justified for you to ask me to pay a carbon tax when I only have $65 left of my paycheque every two weeks to feed my family?”

Although the federal government’s carbon tax will make hydrocarbon fuels even more expensive, Katula’s main complaint is actually with the Liberal government of Ontario, the most aggressively anti-carbon regime in the country. Katula and other Ontarians suffering from energy poverty can blame the province’s massively subsidized and poorly structured green energy contracts, recklessly rapid phase-out of coal power generation, the infamous gas plant cancellations, and gross mismanagement of power supply and demand.

The primary architect of Ontario’s green energy debacle was Gerald Butts, now Trudeau’s principal secretary. Butts developed the plan as policy adviser to former Ontario premier Dalton McGuinty. Although he moved on to head the World Wildlife Fund Canada in 2008, Butts’s influence was still evident in 2011 when McGuinty visited a Siemens Canada wind turbine blade manufacturing plant in Tillsonburg, Ont., to announce subsidies for the industry which, he promised, would deliver the next generation of clean energy jobs. Last summer, Siemens announced the plant’s closure and the loss of 340 Canadian jobs.

Alberta, the carbon energy capital of Canada, now seems bent on implementing a carbon copy of Ontario’s green energy strategy. Under the province’s two-year-old NDP government, Alberta is also accelerating coal power plant closures, subsidizing renewables, and taxing and regulating carbon dioxide. The year-old carbon tax increased by 50 per cent to $30 a tonne on Jan. 1, raising consumer costs for heat, power, fuel, and all products requiring those inputs for production and distribution. Moreover, as hospitals, schools and municipalities grapple with higher heating, electricity and transportation costs, taxpayers will pay more for all government services, including education and health care.

Albertans, along with other Canadians, can glimpse their future by looking to Ontario, where residential electricity bills have more than doubled in the last decade and power costs at tax-funded institutions have gone through the roof. Research done by the Canadian Taxpayers Federation reveals electricity costs at St. Thomas Elgin General Hospital have increased 75 per cent since 2013; Woodstock Hospital has seen a 60 per cent increase in the same time. It’s the same story in every Canadian jurisdiction that has imposed a price on carbon dioxide emissions. In British Columbia, for instance, the government’s health authorities spent more than $5 million on carbon offsets in 2015 alone.

A year ago, Alberta Premier Rachel Notley tried to defend the imposition of her government’s carbon tax by suggesting it would have negligible effects on the cost of gasoline, yet would reduce emissions because it would encourage at least some Albertans to walk or take the bus. Critics slammed her as illogical at least, hypocritical at worst and badly out of touch with ordinary folks. Like Trudeau’s encounter with Kathy Katula, it was another example of a green political crusader talking down to the people paying for the crusade.

Canadians have mostly been docile in accepting carbon pricing and regulation in the name of saving the planet. But as costs rise, jobs disappear, and evidence mounts that few others in the world are serious about making these sacrifices, they may soon start demanding a new approach to energy policy that puts affordability on par with sustainability – and political accountability.

Paige MacPherson is a contributing writer to Canadians for Affordable Energy and works for a taxpayer research and advocacy group in Alberta.

Paige is a Troy Media Thought Leader. Why aren’t you?

Paige became Atlantic Director of the CTF in 2018, previously working as CTF Alberta Director starting in 2015. Throughout her career she’s had a passion for giving a voice to taxpayers and pushing for government accountability.

Paige was raised in Pickering, Ontario and her family is from Cape Breton, Nova Scotia. Her work has taken her from coast-to-coast-to-coast, in Halifax, Cape Breton, Fredericton, Ottawa, Toronto, Vancouver, Calgary and Whitehorse.

As a former reporter and weekend host for Sun News Network, Paige traveled across the country to cover four provincial elections.

Paige has a Bachelor of Arts in Political Science from Dalhousie University and a Master of Public Policy from the University of Calgary.