Hospitals have no conscience, only the people who work in them do 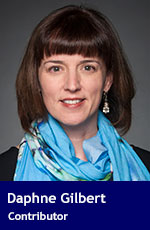 Canadians are grappling with one of the most difficult legal issues we have faced in decades: our collective responsibility to facilitate medically-assisted death for those who choose it and satisfy the legal criteria.

Ever since the Supreme Court decided in Carter v Canada that individuals have a Charter protected right to a dignified death of their choosing, governments, physicians, hospitals and citizens have struggled to accept and move forward with implementing a workable regime. One of the biggest impediments is institutional resistance. Hospitals that claim a right to conscientious objection may well prove the Achilles heel in government efforts to breathe life into a right to die.

Catholic Hospitals, which are publicly funded, take the position that as institutions they have religious rights under the Charter of Rights and Freedoms. This is a position that was recognized by some Supreme Court judges in a 2015 case called Loyola Highschool v Quebec.  Three judges concluded that a religious institution, as a collective, could claim a right to Freedom of Religion under section 2(a) of the Charter. However, those three judges added a key caveat to this conclusion: “… an organization meets the requirements for s. 2 (a) protection if (1) it is constituted primarily for religious purposes, and (2) its operation accords with these religious purposes.” Publicly funded hospitals do not satisfy this test and therefore have no institutional claim to Freedom of Religion.

Publicly-funded hospitals are not constituted “primarily for religious purposes”. All Ontario hospitals, Catholic and others, exist to deliver medically necessary services, and all are funded by provinces for that purpose. All hospitals offer the aid and support of religious counsel to families that request it. All hospitals have quiet spaces for reflection and prayer. And all hospitals recognize that for some patients, religious counsel, empathy and end-of-life support are vital to a sense of holistic care. No publicly funded hospital is organized for the purpose of providing religious care. Therefore Catholic Hospitals do not operate in a way that “accords” with a religious purpose.

The Loyola case was concerned with a private Catholic boys school that contested a Quebec provincial curriculum requirement that it offer “objective” or “neutral” instruction on world religions, including Catholicism. Three Supreme Court judges held that it violated the institution’s Freedom of Religion to have to teach its own religious doctrine neutrally and objectively. This is a fundamentally different question than the one presented by Catholic Hospitals in delivering medically-necessary services. A private boys school advertises and admits students whose family wants a Catholic education. A publicly-funded hospital takes all patients, regardless of religious affiliation (or lack thereof). The hospital is not delivering “Catholic care”, it is delivering medical care that is non-denominational, non-religious and independent of religious oversight. Priests do not determine the care in Catholic hospitals, physicians and other health care professionals do.

The federal law that permits medical assistance in dying requires that an individual have a grievous, irremedial condition that is causing physical and psychological suffering. Death must be reasonably foreseeable. The people asking for this service are in extremis. They are suffering, in pain and near death. They have the Constitutional right to assistance in dying without pain and with dignity.

While an individual physician may have a Charter-protected religious right to ask another doctor to take over the role of ending a life, a hospital has no Constitutional right to prohibit all of its physicians from doing so. Hospitals have no conscience, only the people who work in them do.

Daphne is a Troy Media Thought Leader. Why aren’t you?

Professor Gilbert specializes in teaching criminal and constitutional law, including courses in Criminal Law and Procedure, Evidence, the Charter of Rights and Freedoms, American Constitutional Law, and Advanced Sexual Assault law. She also teaches a course on Animals and the Law.