Democracy cannot survive if free speech is regulated by government 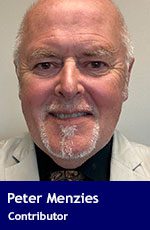 Canada did not build protection of certain rights and freedoms into its Constitution because, as some might think, they are saucy symbols of pop virtues. They are there because serious people understood that without the Charter of Rights and Freedoms the nation would fail to be a modern liberal democracy.

To be clear, these are not absolutes. Governments – which pose the greatest threat to them – may infringe upon them but only if they can prove to the courts that their need to do so is “pressing and substantial” and “demonstrably justified.” In other words, there had better be a darned good reason and, because those who govern us generally actually believe in these rights, they are very, very careful to avoid infringing upon them.

Not so, it appears, when it comes to our current federal government, at least as it concerns the actions of the jaunty Heritage Minister Steven Guilbeault. His war against freedom of expression continued recently when he rolled out what was misleadingly labelled as a consultation (it was more a statement of intent) on Bill C-36, his so-called online harms bill.

Guilbeault, you will recall, was the mastermind behind the intensely controversial Bill C-10, a ham-fisted effort to pander to an entitled segment of Canada’s creative industry by placing the Canadian Radio-television and Telecommunications Commission (CRTC) in charge of regulating the entire global Internet. The CRTC was also to be tasked with redistributing Internet wealth to the nation’s self-anointed cultural elite. If that wasn’t enough to catch your eye, C-10 even gave the CRTC the right to order social media companies to favour content of the government’s liking and take down content of which its appointees at the CRTC might disapprove.

The follow-up act, C-36, is advertised as an effort to ensure social media companies remove from their platforms criminal activity: hate speech, terrorist activity, child porn and non-consensual distribution of intimate images etc. Never mind that Facebook et al already do so as quickly as they can. Guilbeault says only the government can be trusted with this responsibility and wants to create a Digital Safety Commissioner to patrol social media and ensure – never mind due process – removal of problematic posts within 24 hours. Facebook, Twitter, YouTube, Tik Tok and the like will all face massive fines if they fail to comply.

Cara Zwibel, director of the Canadian Civil Liberties Association’s fundamental freedoms program, told the National Post the likely outcome would be that those companies will pro-actively remove content that risks being captured by the C-36 definition of hate, which is defined as speech that “expresses detestation or vilification of an individual or group of individuals on the basis of a prohibited ground of discrimination.”

For the record, this is not the Criminal Code definition of hate speech, which sets a much higher bar. Guilbeault’s intent, therefore, is to regulate and have social media companies ban what would otherwise be legal speech.

To further explain, Guilbeault says speech that “expresses dislike or disdain, or that discredits, humiliates, hurts or offends” wouldn’t meet the hate standard. Left to our imaginations is where his new Digital Safety Commissioner will draw the line between “detestation,” which is bad, and “disdain,” which is still OK.

Democracy is wasted on the little people by Pat Murphy

According to Zwibel: “I think we will probably see people making complaints that probably shouldn’t go forward and there may be a chilling effect on people who were concerned about expressing themselves and whether they’ll cross some sort of line.”

Frostier still is that the Commissioner of Digital Safety will be empowered to overlook the artificial intelligence (AI) units of social media companies that seek to identify behaviour deemed problematic and alert the police.

“The (social media companies) would face a mandatory reporting requirement of users to law enforcement, leading to the prospect of an AI identifying what it thinks is content caught by the law and generating a report to the RCMP. This represents a huge increase in private enforcement and the possibility of Canadians garnering police records over posts that a machine thought was captured by law.”

At this point, you should pause and read that last sentence over again slowly. The possibility. Of Canadians. Garnering police records. Over posts. That a machine thought was captured by law.

But, hey, don’t worry, once you’ve been reported to the police for saying you detest Mexican soccer players for flopping about on the pitch every time someone breathes on them, there is an appeal process you can access through something to be called the Digital Recourse Council, although sometimes it will hold its deliberations in secret.

It and the Digital Safety Commissioner will be supported by something called the Digital Safety Commission, which will be paid for by fees charged to the social media companies. That means that, somewhere along the line, social media consumers and advertisers will have to pay up. And, seeing as the Commissioner will have the power to order the removal of websites (at considerable cost to Internet Service Providers), this legislation is also likely to force upward pressure on Canadians’ already hefty Internet and mobile bills.

In short, Guilbeault and the staff at Heritage Canada have succeeded in scanning the globe, identifying the most invasive and inefficient regulatory practices in place and bundling them all into a single piece of legislation that very likely has no hope of surviving Charter challenges. Not that they appear to care.

We can all agree that some people behave very badly on social media and that genuine harm can be done to people through cancel culture, swarming and other hysterical manifestations of human behaviour. As far as I am concerned, private operators can and should create as many standards of behaviour as they like, provided they are not in a position to abuse monopoly power. It’s their house. They can set the rules provided they are evenly applied and in accordance with the law.

And, of course, illegal activity should be tracked down and removed. But it already is and has been for years. Police regularly charge people who engage in illegal online activities. Courts convict them. But Guilbeault doesn’t care about reality. He has his marching orders. And so, as with C-10, Bill C-36 stomps all over Canadians’ right to free expression and there isn’t the slightest real proof that those rights must be infringed upon due to some “pressing and substantial” problem solved by an infringement of rights that can be “demonstrably justified.”

Bill C-36’s apologists claim, in what can only be described as a creepy Orwellian twist, that democracy can only truly thrive if a core freedom such as speech is regulated by a government agency that, essentially, will decide which truths may be spoken. Guilbeault and many within the Prime Minister’s Office seem perfectly comfortable with that.

No one else should be.

Peter Menzies is past CRTC vice chair of Telecom, a past publisher of the Calgary Herald, and a National Newspaper Award-winning journalist.