When it comes to options like proportional representation, e-voting and lowering the age of voters, we all deserve a voice 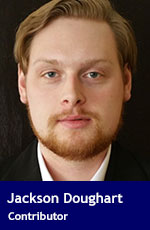 Democratic reform is a hot topic these days. And democracy must be a critical part of the decision-making in any reform.

Parliament has drawn up a committee to study changes to Canada’s voting system. Here in the Maritimes, Prince Edward Island released a study in 2015 on “democratic renewal,” held public consultations, and scheduled a November plebiscite to gauge public opinion. New Brunswick has just released its own report, which includes several considerations for reform.

The central question is the viability of the electoral formula we know as first-past-the-post. This system elects the local candidate with the most votes. Most people seem to agree that this system contains pros and cons. The same is true of its many alternatives.

PR would also ensure that all votes count equally toward seat totals, and it would allow dissident voters in ‘safe’ districts to more meaningfully support their chosen party.

However, proportional representation would give voters less control in deciding which party forms the government. Jurisdictions that use this method frequently have intense negotiation periods after an election, in which political parties bargain to create a coalition government. Under first-past-the-post, meanwhile, the identity of the new government is almost always known on election night.

Oddly, neither the P.E.I. nor the New Brunswick study recommends PR as an option. Both include explanations of preferential ballots, where voters rank candidates and counting second choices establishes a candidate with majority support, instead of a plurality. (Preferential balloting would address none of the concerns from proponents of PR.) To its credit, the P.E.I. government has added PR options onto the November plebiscite, following the consultation period. It remains to be seen if New Brunswick will do the same.

The New Brunswick government is also considering other subjects of reform. One of these is e-voting, which could allow residents to vote remotely via an Internet portal. This would depend on the public’s confidence in government to facilitate such e-voting securely.

More controversially, New Brunswick’s paper suggests lowering the voting age to 16 from 18. P.E.I. MLA Sidney MacEwen has advocated the same and the province will allow 16- and 17-year-olds to vote in the plebiscite, perhaps as a test run for a similar reform in general elections.

Lowering the voting age is a bad idea. Voting is a constitutional right that the community affords to people on the basis of competence, maturity and capacity to understand the stakes in casting a vote.

P.E.I. lowered its voting age from 21 to 18 in 1967 and New Brunswick followed in 1971. In making this change, elected officials were essentially saying that 18-year-olds were comparable in the necessary qualities to 21-year-olds.

By lowering the vote again, we would be saying that 16- and 17-year-olds are like 18-year-olds. But this is demonstrably not the case. These young people cannot serve in the military. And they are minors in the eyes of the justice system and elsewhere, like when it comes to providing family tax breaks and social benefits.

Wherever these discussions lead, it is vital that the outcomes be reached via legitimate means – so that those who disagree with the outcomes can nevertheless accept them.

Any voting reforms should only be enacted with the consent of all political parties represented in the legislature. Failing this agreement, our elected bodies should turn the vote over to the people directly in binding referenda. It is only under these two circumstances that reforms to our current customs can be justified.