At election time, is all spending good spending?

It’s right for Canadians to value a just society that leaves no one behind. But relying on ever-increasing spending to do so is driving us toward bankruptcy 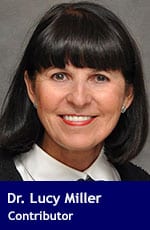 I know what it means to live in poverty.

I grew up in a large family in a small village in Cape Breton, the fourth of eight children. My father was a wonderful man who struggled with alcoholism his whole life. We had no running water and only a coal stove to heat the house.

Somehow in all of that, my mother, who was such a positive person, made me believe I could do anything I wanted. Eventually, I became a teacher and even the chief superintendent of the Calgary Catholic School District.

In classrooms from Nova Scotia to Ontario and Alberta, I worked under governments of all political stripes – Liberal, NDP and Conservative. All wanted to provide high-quality education. But the best outcomes weren’t always tied to the biggest budgets. The greatest impact was often achieved with teachers and parents working together to address issues at the school level.

Later, I became CEO of the Calgary and Area United Way. Once again, our impact wasn’t directly related to budgets. Rather, it was our ability to creatively and collaboratively address needs – including the complex challenge of youth poverty and high dropout rates – that allowed us to have the biggest impact.

All In for Youth is one such program. A collective response between government, community organizations and business, it has worked to establish positive relationships with mentors and tutors to increase high school completion rates. The result was a nearly 10 per cent improvement in completion rates within the first four years at many schools.

After decades in the social sector, I have strong opinions about what works and what doesn’t. In an election year, I have questions about program funding, and in particular whether deficit financing of various government programs is prudent – or necessary.

It’s right for Canadians to value a just society that leaves no one behind. But relying on ever-increasing spending to do so is driving us toward bankruptcy.

Rather than believing that all spending is good spending, we need to ask some tough questions. What impact is this spending having? What return on investment can we expect?  How do we measure the impact of our spending? Are we solving problems or just throwing money at them? Let’s see the proof.

If we keep deficit spending at the levels that we have been, federal budgets will be cannibalized by growing health-care costs and interest payments on the debt. Other programs will have to be financed through more borrowing or higher taxes – a debt and tax burden that will fall on young people already challenged by the high costs of living and who are themselves struggling to get ahead.

Western governments have spent trillions on social programs over the past five decades, and still the problem of poverty remains. Meanwhile, fully aware of the failings of the welfare state, the public is becoming more cynical about governments’ ability to solve society’s ills – and looking to business leaders to address these issues while still making a profit.

Is it possible that leaving more tax dollars in the hands of individuals and corporations – and solving more problems through philanthropy and community investment – could be the way to grow both our economic engine and solve our biggest social challenges?

With a national debt at over $750 billion, this is an approach worth considering.

Every society has windows of opportunity to accelerate change. When opportunities present themselves, it’s up to us to decide whether we accept them.

In difficult times, we have to do things differently. Right now, we have an opportunity to decide what we want the future of our country to look like – and how we will fund that future.

Will we keep spending money we don’t have? Or will we find new ways to partner with business and community organizations to creatively – and perhaps more effectively – address the needs of an increasingly diverse population?

Dr. Lucy Miller is an award-winning educator and social sector leader with operational experience in Alberta, Ontario and Nova Scotia. She is recognized for creating exceptional cultures as chief superintendent of Calgary Catholic School District and president and CEO of United Way of Calgary and Area. She has also been named one of Alberta’s 50 Most Influential People, one of Canada’s 100 Most Powerful Women and Calgary’s Citizen of the Year.

Lucy is a Troy Media Thought Leader. Why aren’t you?