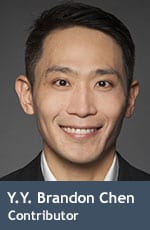 Should migrants living in Canada without legal authorization be entitled to health care?

The answer according to a decision issued by the United Nations Human Rights Committee in August was clearly yes, especially if lack of health care threatens migrants’ lives.

Sadly, the government of Canada has yet to respond.

People living in Canada with irregular legal status generally receive no health benefits whatsoever. They must pay out of pocket for health needs and emergencies or rely on charitable care.

People who are often mislabelled as “illegals” in the popular press are actually a diverse group and their life situations are typically much more nuanced than what the overly simplistic label conveys.

Most irregular migrants in Canada have had permission to be here at one point and only fell out of such legal status some time later. For example, some have come as temporary workers but lost their authorizations when they sought to escape exploitative employers or when they were fired after becoming injured, ill or pregnant.

The term “illegal” also ignores the fact that many of these migrants have tried to regularize their status only to be thwarted by a process that is long, arduous, expensive and with a modest chance of success.

Nell Toussaint was once one of these irregular migrants. She arrived in Canada in 1999 as a visitor from Grenada and stayed past her visa’s expiration after finding a job here. For nearly a decade, she worked and contributed to Canada’s tax and social security systems through payroll deductions. She twice attempted to apply for permanent resident status based on humanitarian and compassionate considerations. Both times, her effort was stalled partly because she couldn’t afford the cost of the permanent residency application.

As Toussaint was trying to regularize her status, her health deteriorated. Like most irregular migrants in Canada, she was neither eligible for public health insurance nor able to pay for health services privately. This forced her to rely on a combination of emergency and charitable care that fell short of halting the progression of her illnesses.

By early 2009, her life was in grave danger. Thankfully, in 2013, Toussaint became a permanent resident of Canada, qualifying her for provincial health care. Her health has stabilized.

Against this background, Toussaint lodged a complaint against Canada before the UN Human Rights Committee, arguing that her rights to life and equality under international law were breached when she was excluded from public health care.

The committee agreed. In a decision issued last summer, it asked Canada to prevent similar rights violations in the future by ensuring irregular migrants’ access to essential health care that would guard against “reasonably foreseeable” risks to lives. And it requested that Canada advise the committee before February 2019 of the reform measures that are implemented.

As a country long recognized for being a champion of human rights and a defender of international law, it’s in Canada’s interest to comply with the UN Human Rights Committee’s order.

Studies show that extending essential health care to irregular migrants may help save public spending in some cases. Research from the United States reveals that when irregular migrant women are given publicly-funded prenatal care, their risk of adverse pregnancy outcomes decreases. This in turn cuts the costs of postnatal care and treatment for the American-born infants. Similarly, when irregular migrants with end-stage renal disease are only provided emergency dialysis, the cost of their treatment is found to be much higher than if they were placed on maintenance dialysis.

The UN Human Rights Committee’s decision in the Toussaint case doesn’t suggest Canada must provide health care to individuals who enter the country with the sole purpose of accessing health care. It found that denying health care and causing life-threatening risks to someone who had lived and worked in Canada for almost a decade was in violation of Canada’s international human rights commitment.

The Netherlands, Belgium, France, Switzerland and Portugal – with Spain poised to join the ranks this year – all grant roughly the same health-care coverage to irregular migrants and their respective citizens. There’s no indication that ‘health tourism’ has plagued these countries as a result.

Most irregular migrants, like Toussaint, are contributing members of society. For too long we’ve condoned their exclusion from health care. The time for change is now.

Y.Y. Brandon Chen is an assistant professor at University of Ottawa Faculty of Law and a member of the University’s Centre for Health Law, Policy and Ethics.

A lawyer and social worker by training, Professor Chen’s research program examines laws and policies that contribute to health inequities and marginalization, particularly among noncitizens and racialized minorities. His published work has touched on such topics as health rights litigation, refugee health care, social determinants of health, health care solidarity, and medical tourism.