The perils of bottom-line blood collection

Why is Health Canada aiding a private company instead of safeguarding Canadian blood supplies? 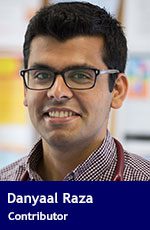 As the snow falls and the mercury drops, Health Canada has found itself in some hot water. The trouble has been years in the making – since at least 2013. That’s when Canadian Plasma Resources (CPR), a profit-seeking company that pays individuals for their blood plasma, sought to open its first location.

A recent media exposé raised some troubling questions, not just about CPR’s business model and what it means for the health of Canadians, but also about the surprisingly close relationship this private company has with Health Canada, the public agency tasked to regulate it.

Among its many roles, Health Canada is responsible for enforcing laws and regulations that govern the collection of blood and blood products (including blood plasma). Canada’s blood supply is collected and maintained by the independent, non-profit agency, Canadian Blood Services (CBS). Voluntary donations are collected in the public interest and make their way to patients in Canadian hospitals through life-giving blood transfusions.

Though both CPR and CBS are regulated by Health Canada, and share similar names, CPR is playing an entirely different game.

Rather than collecting voluntary, unpaid blood or blood plasma destined for hospitals and patients in Canada, CPR is a private company that pays for plasma collection and seeks to generate profit. It does so in part by appealing to some of the most impoverished and vulnerable in our society.

For example, in Ontario, CPR attempted to open clinics beside a methadone clinic and homeless shelters. In Saskatoon, it opened its first location in an area with a high concentration of pawnshops and payday loan outlets.

Once plasma is collected and processed by CPR and companies like it, it’s sold to customers around the world. Clients typically include large drug companies that incorporate blood plasma into pharmaceutical products. These products are then sold to patients and hospitals, including those in Canada, with a margin large enough to generate profit.

No laws are being broken here – but there remain some very serious and significant concerns with this approach.

Aware of this collateral damage, CBS even warned Health Canada about its compromised supply and asked for “a pause of support for commercial activity” while developing a plan to secure voluntary plasma donations. Health Canada chose to ignore this warning, and instead approved CPR’s application to open its second clinic in Moncton, N.B.

There are also well-founded safety concerns.

For-profit plasma collection is widespread in the United States and has been called into question there. There have been reports of questionable adherence to screening guidelines, including individuals lying to pass medical tests. In one instance, a desperate paid donor reported, “I can’t eat if I don’t pass.”

In Canada, CPR has chosen to open its storefronts in communities stricken with poverty, communities that already bear a high burden of illness, including blood-borne illnesses like HIV and hepatitis C. It’s not unreasonable to question how this business model might heighten safety concerns. The World Health Organization has said as much, recommending blood and plasma collection from low-risk, voluntary, unpaid donors.

Canada’s own tainted blood scandal and the resulting Krever Inquiry led to very similar conclusions, recommending donors of blood and plasma not be paid for donations, except in rare circumstances.

Most Canadians would like to think that independent regulators like Health Canada put the public interest first. So why, despite warnings raised by CBS and WHO, and the lessons of our tainted blood scandal, did Health Canada so readily approve CPR’s licence to operate?

As media sources show, an access to information request revealed that Health Canada officials were in direct communication with senior lobbyists regarding CPR’s business, expansion and even public relations plans, including their challenges with Ontario’s proposed ban on paid plasma.

CPR’s lead lobbyist also did not federally register as such until March 2016, a month after CPR’s Saskatoon clinic obtained approval. Prior lobbying interactions with Health Canada were deemed “information sharing” to keep officials abreast of CPR’s progress.

All of this begs the question: What’s going on at Health Canada and to whom do they consider themselves accountable?

As the public regulator responsible for the nation’s health, it’s the well-being of Canadians that should come first, not the bottom-line of private enterprise.

Dr. Danyaal Raza is chair of Canadian Doctors for Medicare, a family physician at St. Michael’s Hospital in Toronto, assistant professor at the University of Toronto.

Dr. Danyaal Raza is a physician, academic and advocate for evidence-based, values-driven health care reform. He is a family physician with the Department of Family & Community Medicine of St. Michael’s Hospital, Assistant Professor at the University of Toronto, and serves as Chair of Canadian Doctors for Medicare. His leadership and advocacy work focuses on health policy, including better medicare, public-private healthcare and the social determinants of health.