A burning need for visionary pragmatism on nicotine 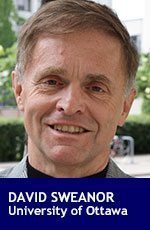 At the end of July, the United States Food and Drug Administration (FDA) did something remarkable – even revolutionary. It decided to behave in a rational way about nicotine – embracing a sensible harm-reduction approach. Canada would do well to follow.

Instead, Canada has been focused on risk aversion where nicotine is concerned – and such a stance, ironically, protects the cigarette trade.

Cigarette smoking, despite decades of efforts to eradicate it, still claims roughly 100 Canadian lives daily. It remains our single largest cause of preventable death.

It’s been known for decades that while people smoke for the nicotine, they die from the smoke. The culprit in this public health disaster is the inhalation of the products of combustion rather than the use of dependence-producing but relatively innocuous nicotine. Just as we can stop cholera through cleaner water, we can stop the cigarette epidemic through the substitution of non-combustion alternatives to cigarettes.

Very large numbers of smokers are already keen to reduce risks and are switching to emerging alternatives such as vaping products, various forms of smokeless tobacco, medicinal nicotine and products that heat, rather than burn, tobacco. To do so, they often have to overcome obstacles created by our governments and an avalanche of abstinence-only messaging.

Canadian regulation has not only failed to adapt to and facilitate the transition to these massively lower-risk products, but hampered their development, marketing and accessibility. Smoke-free products could not only dramatically reduce the disease burden but could facilitate total nicotine abstinence for those who wish it.

FDA commissioner Dr. Scott Gottlieb announced a plan to regulate tobacco and nicotine products in the U.S. based on a pronounced “continuum of risk.” They plan to help smokers move to non-combustion products. Gottlieb sees that nicotine is not only the problem (in keeping smokers addicted to cigarettes) but also, ultimately, the solution. Nicotine, in other words, can be delivered in a way that empowers smokers to discard those lethal cigarettes.

Unfortunately, Canada has opted for a misguided risk averse stance encompassed in Bill S-5, which made it through the Canadian Senate this summer and is (in a reverse of typical parliamentary procedure) awaiting approval from the House of Commons. Proponents of Bill S-5 argue it’s an attempt to find balance between pragmatism and an abstinence-only agenda on nicotine use. The problem is, just as with other drug issues, there is no middle ground between rationality and irrationality.

If passed, Bill S-5 will make it illegal for a company to tell smokers that lower-risk products are, well, lower risk. When governments think the solution is to be exceedingly and irrationally risk averse about anything that could give smokers viable and dramatically less hazardous alternative products, they have just failed a vision test.

Canadian legislators have moved forward, seemingly reluctantly, from trying to ban electronic cigarettes to creating legislation that would still hamper marketing and sales of lower-risk products in such a way that fewer people smoking cigarettes will quit. Call it death by mandated deception.

If this sounds like an exaggerated claim, consider that just one new non-combustion product has displaced more than 10th of the Japanese cigarette market in less than two years and is forecasted by market analysts to replace 18 per cent by the end of this year. In the wings are a myriad of other new low-risk products on, or soon to be on, the global market.

Canada could be on the threshold of a health breakthrough of historic significance – if we recognized nicotine’s continuum of risk. What holds us back is not a lack of science, technology, business viability nor consumer interest. Rather, it’s a collective failure of vision.

The cigarette epidemic could be ended. A million premature Canadian deaths over the next 25 years could be averted. It’s time for our governments to take on smoking, to show vision and to spare us the embarrassment of Donald Trump’s appointees looking more rational than our leaders.

We can replace an approach based on punishing and shaming smokers into trying to quit with one that empowers them to succeed. With a visionary approach, we can relegate cigarettes to history’s ashtray.

David Sweanor is an adjunct professor with the Faculty of Law and the Centre for Health Law Policy and Ethics at the University of Ottawa. He has helped develop tobacco-control laws in Canada and globally for over 30 years, and was the recipient of Ottawa’s Outstanding Individual Philanthropist award in 2016. He was denied an opportunity to testify before the Senate committee looking at Bill S-5.

David's primary policy involvement has been in spearheading the development of efforts to reduce cigarette smoking in Canada and globally. This has been done as legal counsel to health activist groups, an advisor to a wide range of entities and in numerous publications, media interviews and speeches. He has worked with such bodies as the World Health Organization, World Bank, Pan American Health Organization, International Union Against Cancer and numerous governments, foundations, law firms and non-governmental organizations.