Laws can reduce bullying and Bill C-16 is needed now

Canada needs laws to protect vulnerable transgender youth, who experience bullying at much higher rates than their peers 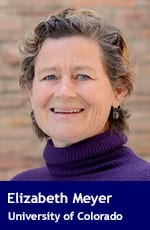 Conservative Sen. Donald Plett recently said, “I don’t think there’s any law in the world that will prevent children from bullying.”

With all due respect, the Manitoba senator is wrong.

He made the comment last week during discussion in the Senate about Bill C-16, which is designed to protect gender identity and gender expression in the Canadian Human Rights Act and Criminal Code.

In fact, laws can make a huge difference in the lives of LGBTQ (lesbian, gay, bisexual, transgender and queer) youth and children. And, yes, laws can reduce the bullying they experience.

Bullying is not occasional teasing, nor is it a one-off insult. Bullying is a sustained, targeted and often profoundly violent (emotional and/or physical) form of aggression.

In most school policies, bullying is defined as negative behaviours (verbal, physical and psychological) targeted at another individual repeatedly, intentionally and over time.

Transgender youth experience bullying at much higher rates than their cisgender (non-transgender) peers. Indeed, a 2015 University of British Columbia study of 923 transgender youth in Canada found that more than one in three younger had been physically threatened or injured  in the past year (36 per cent) and nearly half of older youth reported various types of cyberbullying.

Given that many of these kids also experience homelessness, poverty and, in some cases, familial rejection, it’s little wonder that 65 per cent of younger participants in the study had seriously considered suicide and one-third had attempted it at least once.

Fortunately, we’ve learned a lot about how to reduce bullying and many school boards are putting resources into implementing measures to reduce the problem.

We know from research carried out by GLSEN, a U.S.-based organization with a mission to create safe and affirming schools, that LGBTQ students in schools that have anti-bullying policies reported lower levels of victimization compared to those in schools without policies.

Perhaps most important for the debate on C-16, the research shows how bullying towards LGBTQ youth is less prevalent in states that have clear protections against LGBTQ bullying and harassment in schools.

We have witnessed the results of dedicated professionals working to educate themselves and their peers to ensure the safety of transgender students in schools. We have seen schools at which the only out-transgender child walks the halls safe from bullying, schools in which diversity in all of its beauty is affirmed and celebrated rather than denigrated and destroyed.

But it’s not just educators who are making the difference for these kids. Lawmakers can make a huge difference, too.

When laws protecting our most vulnerable citizens are in place, they provide an additional layer of motivation and protection for educators and other professionals who are trying to save lives and ensure safety and respect for all students in Canadian schools.

While we agree that no law can wipe out bullying, it can surely help to move us in that direction.

Elizabeth J. Meyer is the associate dean of Teacher Education at the University of Colorado at Boulder. She is the author of Gender, Bullying, and Harassment: Strategies to end sexism and homophobia in Schools and Gender and Sexual Diversity in Schools.

Dr. Meyer is a Troy Media contributor. Why aren’t you?

Elizabeth J. Meyer is the Associate Dean of Students at the University of Colorado at Boulder. Previously she held positions as Assistant Professor in the School of Education at California Polytechnic State University in San Luis Obispo and Concordia University in Montreal, Quebec Canada.

Dr. Meyer is a former high school teacher whose research and writing focuses on issues related to gender and sexual diversity in K-12 schools. Current research projects include investigating the experiences of Title IX coordinators in school districts in California and Colorado. Other recent projects include: a California-based action research project on the implementation of Seth’s Law and the FAIR Education Act (www.centralcoastinclusiveschools.org), a Montreal-based action research project on empowering gender creative kids and their families (www.gendercreativekids.ca), and a national survey of Canadian K-12 teachers’ training and experiences with Gender and Sexual Diversity (GSD) education. In 2018, she joined the inaugural class of fellows as part of the University of California’s National Center for Free Speech and Civic Engagement [https://freespeechcenter.universityofcalifornia.edu/fellows/] . As part of this fellowship she is investigating speech controversies in K-12 classrooms and university campuses