Liberals must keep their promise to end income-splitting 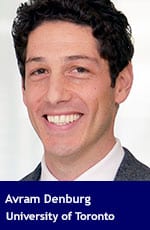 More of Canada’s children are living in poverty than ever before. A new report reveals that child poverty rates in Canada remain unconscionably high. Almost one-third of children in Toronto live in low-income households. Population measures of child health in Canada are also troubling, including above average rates of infant and under-five mortality and below average marks on indices of child well-being as compared to high-income country peers.

We are awash in riches, yet plagued by poverty. Why do we tolerate such disparity? Ironically, our national preoccupation with health care is partly to blame.

Our public discourse on health, including child health, has tended to focus on acute medical problems and technological solutions to them. This has blinded us to the disproportionate role of social circumstance – facets of daily life as fundamental as food and housing security – in determining child health and well-being.

Greater attention to the social determinants of child health need not crowd out efforts to optimize access to quality health care, which every child surely deserves. But it should direct our gaze upstream, towards the often-remediable sources of childhood illness and suffering.

Disparities in child health and well-being in Canada find their source in the values that drive social policy choices for children. The values that shape our political culture, that ground the legislative and policy priorities of government, often matter more to child health than the results of any clinical trial ever will.

In this federal election, we bore collective witness to a clash of values with real bearing on the life chances of Canadian children.

We witnessed opposing stances on income tax policy – notably, with respect to income-splitting for couples with children. Since its announcement last fall, this policy has been consistently framed by the Conservatives as a defense of Canadians’ economic freedom – a way for “people to put more money back in their own pockets.”

But as numbers from the Parliamentary Budget Office make clear, income-splitting primarily benefits middle- and upper-income families, provides relatively little tax relief for low-income families, and skirts single parents altogether. Just as importantly, it acts to deter both parents from equal engagement in the workforce and devalues family policies that promote dual engagement.

From the point of view of child health, evidence suggests we should be doing just the opposite. Family policies that favour dual-earner households – universal childcare, enhanced parental leave and robust early childhood education – are associated with gains in child survival.

The more generous a country’s policies toward dual-earner families, the lower its infant mortality rate: remarkably, among OECD countries, every increase of one percentage point in dual-earner support correlates with 0.04 less infant deaths per 1,000 births.

Knowing this, one might reasonably ask what inspired the Conservatives’ resolute defense of income-splitting. Its logic is rooted in values that increasingly suffuse large parts of our political system and society: ones that define social citizenship by degrees of economic liberty and spurn equality and universalism as foundations for social policy.

If we want to improve the health of Canada’s children, we must begin to re-imagine the values that found our social policies.

Prime Minister-designate Justin Trudeau campaigned on a promise to scupper income-splitting, recognizing its inherent inequity. Canadians seem to have recognized this too. Our new government should follow through on this promise.

While laudable, promises to roll back this policy represent a very small step toward confronting disparities in child health and well-being in Canada. Income-splitting is one manifestation of a broader set of social values that has come to pervade our political institutions and discourse.

Going forward, Canadians should continue to press for values and policies that buoy all our country’s children, rather than leave those most vulnerable among us to be buffeted by rough market seas.

Dr. Avram Denburg is a paediatric oncologist at Sick Kids and a 2015 Trudeau Scholar. He sits on the Board of Canadian Doctors for Medicare.

Avram is a Troy Media Thought Leader. Why aren’t you?

Dr. Avram Denburg is a staff physician and clinician scientist in the Division Hematology/Oncology at the Hospital for Sick Children (SickKids). He received his medical degree from McMaster University in 2006. He completed both a residency in paediatrics and a fellowship in haematology/oncology at SickKids. Denburg has a Master of Science in Health Policy, Planning and Financing from the London School of Economics and the London School of Hygiene and Tropical Medicine, and a PhD in Health Policy from McMaster University. He trained at Harvard University as a Pediatric Scientist Development Program Fellow.

His research focuses on the political, ethical and economic dimensions of child health policy. A main focus of his work is the analysis and strengthening of childhood cancer care systems, with specific interest in issues related to pharmaceutical policy and drug access. He has ongoing collaborations in the field of global oncology with a range of national and international partners, including the Union for International Cancer Control, the World Health Organization, and the Pan-American Health Organization.