It is a myth that Canada has a retirement income crisis

Even after deducting debt of $1.8 trillion, Canadians are left with an accumulated net worth of $7.8 trillion outside the formal pension system 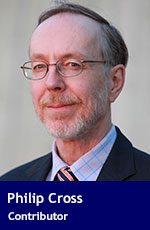 The federal and provincial governments will soon meet in Vancouver to again discuss a possible expansion of the Canada Pension Plan and increase in mandatory contribution rates. There are several reasons to hope that wiser heads will prevail in opposing an expansion. After all, the statistical and intellectual arguments to expand the CPP are weak.

A 2014 Fraser Institute studyon the adequacy of retirement income found – as have many other researchers – that the vast majority of Canadians are well-served by both the pension system and their own actions in providing for their retirement. Our society’s success in dramatically reducing senior poverty is not just a triumph of public policy, but also a testament to the resiliency and adaptability of individual Canadians.

Nonetheless, some perpetuate the myth of a Canadian retirement income crisis – a faulty assumption partly based on an exclusive focus on the formal pension system.

It’s important to distinguish between the formal pension system and all the mechanisms people use for retirement. Most analyses focus on the traditional three pillars of the pension system: (1) the minimum level of support (regardless of employment history) from Old Age Security and the Guaranteed Income Supplement; (2) the additional income for workers who have contributed to the CPP or Quebec’s QPP; and (3) individual savings in RRSPs and RPPs. Within these formal pension vehicles, the CPP/QPP holds only 10 per cent of the $2.6 trillion of assets explicitly designated for pensions.

The focus on the conventional three pillars of Canada’s pension system ignores the large and growing amount of assets Canadians accumulate outside formal pension plans. On top of the $2.6 trillion of assets in pension plans, Canadians held another $8.6 trillion of assets, about equally split between financial assets (mostly stocks and bonds) and non-financial assets (notably real estate).

Even after deducting debt of $1.8 trillion, Canadians are left with an accumulated net worth of $7.8 trillion outside the formal pension system. In their book The Real Retirement, Bill Morneau and Fred Vettesse note that 80 per cent of Canadians own a home when they retire, hardly a sign of old age destitution.

As well, many Canadians can access resources through family and friends. The exact extent of the resources available has never been measured. However, the fact that 10 per cent of seniors live with another family member (outside of their spouse) suggests that this support is considerable, even if it cannot be formally quantified.

Canadians have demonstrated a determination to remain in control of their own circumstances as they age, which does not always closely align with what analysts think they should be doing. They have also shown that it’s often futile to force more savings for retirement through mandatory participation in public pension plans. When the contribution rate for the CPP/QPP rose in the late 1990s, for example, private savings rate fell sharply.

The adequacy of retirement income depends on individual circumstances and choices. Canadians clearly resist simplistic formulas – such as needing to replace 70 per cent of their working income in retirement – favoured by academics and the financial industry. People exercise considerable control over their standard of living in retirement by changing their saving rate, the type of assets they hold, the age they retire, and where and how they live. For example, significantly more Canadians work into their 60s and 70s over the past two decades. This both increases the wealth they accumulate for retirement and postpones the draw-down of retirement assets.

This sea change in labour-force behaviour of older workers was completely unanticipated by research into pension adequacy – a reminder of how uncertain our knowledge is of key variables that will determine the adequacy of future pension income. Scenarios where a large number of retirees have a shortfall of pension income are based on forecasts of behaviour and investment returns decades in the future, and hence involve a high degree of uncertainty. Such models should be treated with large doses of doubt.

In reality, Canadians demonstrate a strong capacity to adjust to changing circumstances. Increasing mandatory saving for pensions actually limits the ability of people to control their current standard of living and adjust to change.

Philip Cross is former chief economic analyst for Statistics Canada and author of the Fraser Institute study The Reality of Retirement Income in Canada.

Philip is a Troy Media contributor. Why aren’t you?