The U.S. and the rest of the world are drifting apart as our planet continues to burn in the Climate Emergency 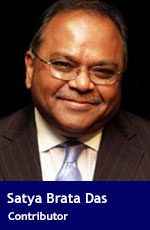 As you leave the enchanting town of Saumur to enter the lush and abundant forests adorning the rivers Indre and Loire in France, you are transported to another age, a sense of the centuries melting away.

The forest suddenly yields to a brilliant glade with the land rising towards a distant horizon, bringing into view a fairytale castle in the truest sense. Charles Perrault was a frequent visitor at the castle of Ussé during the 17th century, and he chose it as the setting of his fable about a kingdom frozen in time, La Belle aux Bois Dormant, which we know in English as Sleeping Beauty.

Today, the Atlantic coastal forest separating Ussé from the sea is aflame, ignited by an arsonist, spurred into an unstoppable inferno by the catastrophically high temperatures that have much of western Europe scrambling to cope with an unprecedented existential threat. And the same threat affects the entire planet.

The climate crisis has no ideology, no political agenda. It simply is. One can waste endless hours and precious time debating how much of it is “natural” and how much of it is anthropogenic – caused by human activity. As if that matters.

Science tells us with a very high degree of confidence that the climate crisis is driven by human activity, and that the development started at the beginning of the industrial age. And it tells us with equally high confidence that we must transition from fossil fuels to more sustainable forms of energy as quickly as possible.

Science and the evidence of our lived experience show beyond any doubt that our survival as a species depends on adaptation, mitigation, and climate resilience that leaves none behind.

Yet as similar as the high temperatures that affect so many countries are, the response of the U.S. and the rest of the world could not be more different. While France and other European countries seek solutions to address the climate crisis, the U.S. is still struggling to accept the fact that the crisis exists.

France may be the land of the fairytale, but it is the United States that appears to be living in a fairytale world, where belief in science is replaced by magical thinking among a significant portion of senior lawmakers. Short-term obsession with economic growth among these fabulists completely obscures the economic shocks that await as the climate emergency continues to ravage spaceship Earth.

As though they were living in the kingdom trapped in suspended animation in Perrault’s tale of La Belle aux Bois Dormant, more than half of America’s senators refuse any and all meaningful action to confront the climate emergency.

No part of our biosphere is spared. The Indian subcontinent, the African and South American continents and even the semi-frozen tundra of the Siberian vastness continue to face temperatures and climate volatility never experienced in living memory.

In India, which continues to burn coal while pursuing low-carbon alternatives, Prime Minister Narendra Modi has doubled down on his pledge that half of India’s energy needs will be met by reliable renewables by 2030.

President Xi Jinping of China – steward of the world’s largest economy and largest emitter of carbon dioxide, marginally ahead of the United States – pledged in 2020 that China’s carbon emissions will peak in 2030 and achieve carbon neutrality by 2060. He later acknowledged that timeline may need to be accelerated.

The deeply conservative government of the United Kingdom declares that the only path to survival is an accelerated quest for net zero: the point at which the greenhouse gases going into the atmosphere is balanced by the removal of carbon dioxide and other warming gases from the atmosphere.

In the United States, the Supreme Court adheres to the narrowest possible reading of a revolutionary constitution written in the pre-industrial age and imposes that interpretation on a post-industrial world. Arguing, in essence, that an agency of the national government has limited powers to curtail the emissions fuelling the climate emergency.

No wonder the well-intentioned but powerless Secretary-General of the United Nations, António Guterres, declared on July 19 at the Petersburg Climate Dialogue in Berlin:

“Half of humanity is in the danger zone, from floods, droughts, extreme storms and wildfires. No nation is immune. Yet we continue to feed our fossil fuel addiction. … We have a choice. Collective action or collective suicide. It is in our hands.”

In the post-colonial world, what was broadly known as the West – the allied democracies of North America and Western Europe – sought common purpose and common ground in confronting the world’s most significant challenges.

Yet while that unity of purpose sometimes asserts itself, as in challenging Russia’s ambitions in Ukraine, it is fraying in the face of the climate emergency. Indeed, the divergence in European and American approaches to climate adaptation, mitigation and resilience has moved from a mere divide to a yawning chasm. One that may not be bridged in the foreseeable future, and perhaps not in time to avert catastrophe.

In China, in Japan, across the European Union, in West Asia and even in Russia, public transportation is anchored by a network of high-speed trains running on electricity. Travellers who look up from their screens marvel at the countryside whizzing by at 320 km (200 miles) per hour.

India is counting on the emergence of sustainable hydrogen – which is not derived from natural gas or any other fossil fuel – as a foundation of its green future. Such hydrogen has yet to leave the lab and reach commercial viability, but it is telling that the oil-producing nations of the Middle East are using their fossil-fuel profits to pursue the dream of clean hydrogen.

And where is North America?

On March 15, 2019, in the world before the pandemic, the schoolchildren of the world taught their adult “guardians” a lesson. All across the world, in nearly 100 countries, children left their classrooms to join a “strike”, demanding meaningful action to address catastrophic climate change.

They had a simple, three-word truth: Follow the Science.

Within six months, what began as a solitary act of silent protest by a reserved and plain-spoken Swedish child became a global movement. Greta Thunberg, then aged 15, inspired the movement by reaffirming that simple truth at a rally in Stockholm – one of tens of thousands of students in some 2,000 gatherings in communities spanning the globe.

Her words remain as compelling now as they did then.

“We have only been born into this world, we are going to have to live with this crisis our whole lives. So will our children and grandchildren and coming generations … We are not going to accept this. We are striking because we want a future and we are going to carry on.”

Yet that future is deeply influenced by leaders in the sunset of their lives. Leaders consumed by fairytale ideas that are slow-marching our species to extinction.

Are we going to let the fabulists lead us to oblivion? Or are we citizens going to demand a sustainable future for ourselves and our children?

Satya Brata Das leads the Center of Excellence on Human-centered Global Economy at The Digital Economist, a global impact ecosystem converging Web3, digital assets, and the broader sustainability agenda to pursue the United Nations Sustainable Development Goals for better human and planetary outcomes. The Center is preparing a special report on Meeting the Climate Challenge, to be issued in late September.

Satya Brata Das is a Canadian writer, thinker, mentor, guru, and public intellectual. He serves as a strategic advisor and policy expert: focused most recently on climate resilience, sustainability, and emerging technology. Satya serves as Chair of the Board of Directors in the innovation ecosystem baune, and leads the Center of Excellence on Human-Centered Digital Economy at The Digital Economist, a think-and-do tank headquartered in Washington, D.C.