Should we really be surprised – let alone shocked – when our political leaders bring the language of the streets into the corridors of power? 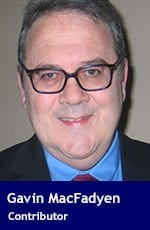 Ah, the words we use – do they define us or merely reflect the times we live in?

If it seems that the way we speak is becoming less elegant – not to mention less educated – then it might simply reflect the consistent coarsening of society instead of a sign of demons possessing the president of the United States.

I’m not sure who or what is to blame for the crassness but I know it didn’t start with Donald Trump. The man is a product of his times – an unfortunate victim, if you will. He’s but the most current example of the unvarnished vernacular that’s in vogue. We do not live in a time for delicate ears.

By now, if you haven’t heard the word “shithole” more times in the past few days than in the previous however many years of your life, then you most likely aren’t paying attention to the goings on south of the border or aren’t a consumer of news – real, fake or somewhere in between.

Canadians certainly have no cause to turn into a facsimile of a swooning, Victorian aunt when assaulted with the language of the American president – our very own prime minister is no stranger to a salty tongue. Back in 2011, l’enfant Trudeau had to apologize in the House of Commons for calling then-environment minister Peter Kent “a piece of shit” during question period.

May I have the smelling salts, please?

Perhaps Justin Trudeau was taking a page from his father’s book of parliamentary procedure. Way back in 1971, during another question period, our then-prime minister, Pierre Trudeau, was alleged to mouth the words “f–k off” to members of the opposition. When pressed later, Trudeau would only playfully admit to having said “fuddle duddle.”

Trudeau le père was so accomplished an orator he didn’t even need actual words to convey his thoughts and feelings. He famously gave what became known as the “Salmon Arm Salute” – a raised middle finger – to B.C. protesters from the window of his rail car while traveling through Western Canada in 1982. Needless to say, that gesture takes the place of words with which we are all familiar – so what it lacks in refinement it makes up for in brevity and efficiency.

Should we really be surprised – let alone shocked – when our political leaders bring the language of the streets into the corridors of power?

Of course, in the case of Trump’s remarks – which, by the way, are only alleged and not actually recorded – there’s the difference that his use of coarse language has resulted in the inevitable charge of racism. There’s not much point in debating or dissecting that charge since it’s now well established that most of us are racists and that racism drips and oozes from every white pore no matter what objections anyone raises to that blanket charge.

In a controversial editorial printed in both the Toledo Blade and Pittsburgh Post-Gazette last week, the question was posed:

“If the president had used the world “hellhole” instead, would that have been racist?

“If he had used the word “failed states,” would that have been racist?”

I think the editorial should have gone into full progressive and politically correct mode and asked if it would have been more palatable and empowering to eschew calling certain countries “shitholes” and instead referred to them as “prosperity-challenged.”

Say what you will about Trump, he’s certainly managed to take ordinary and sometimes coarse words and give them life in the public discourse.

Whether it’s simple adjectives – huge! great! tremendous! – or the vulgar names for things he likes to grab (meow) or the just plain crass (the aforementioned “shithole”), he’s living proof that a junior high school vocabulary is more than enough for success in the modern world.

To anyone who can’t handle the blistering and blunt language of our era, I say fuddle duddle.

Now, if you’ll excuse me, I need to find a bar of soap.

Coarsening of public life a reflection of the times we live in added by Troy Media on January 21, 2018
View all posts by Troy Media →