The reality, rhetoric and ‘rithmetic of childcare 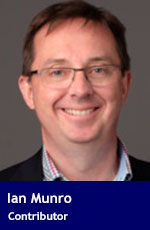 As summer winds down, we can count on at least two topics to attract an increasing share of Canadians’ attention: their children – yes, the new school year is just about upon us – and the federal election to be held on October 19th.

These two subjects converge in the parties’ campaign promises related to childcare delivery and financial support for families. The Conservatives rolled out their amended Universal Childcare Benefit in July. It features an increase from $100 per month to $160 per month for children six and under, a new $60 per month credit for children aged seven to 18, and a $1,000 increase in the maximum allowable tax deduction for childcare expenses. Last May, the Liberals proposed a new Canada Child Benefit that would start at $6,400 per child under age six and at $5,400 per child aged six to 17, tax-free. This benefit would phase out as family income rises. In October of last year, the NDP fired one of the first shots of the “pre-campaign” by announcing its plan to fund 370,000 new childcare spaces across the country all while ensuring that parents do not pay more than $15 per day for a childcare space.

As the rhetoric intensifies and the debate deepens during the election campaign in the coming weeks, facts and perspective are at risk of taking a back seat to hyperbole and incomplete information. There are several points voters may wish to bear in mind as they contemplate the proposals before them.

There may be localized, or perhaps even widespread, shortages of quality childcare spaces across Canada. However, quality data on the size and nature of the problem are in short supply. The agency that is best equipped to generate comprehensive evidence of childcare shortages, Statistics Canada, has not addressed the question since the 1980s. We should understand – and measure – the problem before we dive into expensive fixes.

Heavy subsidization of childcare services reduces the direct out-of-pocket daily cost to parents, but subsidies ultimately have to be paid for out of tax revenue. Paying $10 in fees plus $10 in taxes takes the same bite out of the family budget as $15 in fees and $5 in taxes. Childcare and family support proposals are measured in the billions of dollars. Universal programs that subsidize the childcare expenses of affluent Canadians are unwise additions to already stressed government budgets.

An important benefit of having a federated state is that it allows for diversity and experimentation across its constituent parts. There is much we still do not know about the most efficient and effective ways for government to support the provision of childcare services. Furthermore, the voters of Newfoundland and Labrador, for example, simply may not desire the same approach as the voters of Ontario do. Let the provinces chart their own courses and learn from each others successes and mistakes.

If voters in any one province think that the government in another province has got it right, there is nothing to prevent that approach from being adopted. There is no need for a federally-imposed one-size-fits-all solution.

There are sound arguments for government support in some aspects of childcare provision. If done well, significant benefits may accrue; if neglected, opportunities will be lost. If done poorly, there is the all too real possibility of grandiose childcare schemes ultimately manifesting the worst aspects of our health care system: costly, inflexible and confrontational.

Ian Munro is an independent economic and policy consultant based in Halifax.

Ian is a Troy Media Thought Leader. Why aren’t you?

The reality, rhetoric and ‘rithmetic of childcare added by Ian Munro on August 27, 2015
View all posts by Ian Munro →

Ian Munro is an independent consultant based in Halifax. He has over fifteen years of experience in the communications sector, including lengthy stints with Industry Canada’s spectrum management program and with CRA International, an economics consulting firm. More recently, Ian spent two years as the Director of Research at AIMS. He holds a B.A. in economics from Mount Allison University, an M.A. in public administration from Carleton University, and an M.A. in economics from Dalhousie University.