The allegations for invoking the Emergencies Act were baseless

Is the NDP-Liberal coalition attempting to whitewash the inquiries? 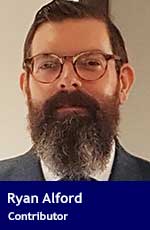 The Emergencies Act was invoked for the first time in Canadian history on February 14, 2022. While the public order emergency was repealed nine days later, it remains unclear whether the Trudeau government had a rational basis for concluding that it had the power to proclaim such an emergency, or whether the special parliamentary committee created as an oversight body will be able to determine whether Canada is being governed in accordance with its laws and constitution, especially when it matters the most.

As the balance of power in all parliamentary committees substantively shifted with the Liberal-NDP supply and confidence agreement, we need to ensure that credible personnel are appointed to the forthcoming inquiry into the government’s use of the Act. The inquiry also requires a mandate to follow all the evidence – including secret intelligence – wherever it leads. Without substantial pressure from the public, the cabinet-controlled process to launch the inquiry risks devolving into yet another whitewash. Thankfully, the constitutional challenges brought by civil liberties organizations can, in addition to their own merits, serve as a force multiplier – by raising the stakes of a soft-pedalled inquiry and exposing the risks of making lofty political claims unsupported by any real evidence.

Last month, Parliament (specifically the Senate) balked when asked to ratify the government’s public order emergency proclamation; numerous Parliamentarians refused to accept the bald assertion of an extraordinary threat to Canada’s territorial integrity and security linked to terrorism. This was unsurprising, given the meagre contents of the official explanation for the proclamation (required by section 58 (1) of the Act) that was tabled in Parliament. This unsigned and unsworn document relied – exclusively – on hacked data with no chain of custody, CBC news reports, and classified information, which the government later chose not to disclose within Parliament.

These allegations have not aged well. As the Toronto Sun’s Lorrie Goldstein tweeted, “There was a media narrative about the convoy protest in Ottawa which is now being undermined with regard to some of the federal government’s key stated reasons for invoking the Emergencies Act.” Accordingly, two questions have come to dominate the minds of those who doubt the government’s rationale for the unprecedented extension of power: What did the government know about the poor quality of this flimsy evidence – and when did it know it? And how will we find out?

The weakness of the case for invoking the Emergencies Act was exposed as soon as it was put before Parliament. In the House of Commons, certain Liberal MPs indicated that they doubted whether the measures were warranted and that the motion to approve the proclamation would only pass because the government was treating it as a confidence vote.

However, it was in the Senate debate that it became clear that Parliament would stand firm. On February 22, senators challenged the government to disclose secret information, which purportedly supported the assertion in the Proclamation of the Act that the protests were being carried on “in support of threats of serious violence.” Cabinet would not release this information, despite Senators and MPs being required to swear oaths under the Security of Information Act merely to receive summaries of these intelligence reports.

Rather than face a public and embarrassing defeat, the Trudeau government announced in a media scrum later that day that it was repealing the proclamation because the emergency had ended. But the battle to uncover the basis for placing Ottawa in a state of emergency had only just begun. Within days, various parliamentary committees were conducting significant reconnaissance missions that exposed the weakness of the government’s position.

In the House of Commons’ Finance Committee and the Public Safety and National Security Committee, evidence was obtained that damaged the credibility of the government’s claims; namely, the convoy had not received any money from “extremists” and, contrary to media reports, very little of its financial support had come from foreign donors. Furthermore, reporting of the Ottawa protests had been inaccurate: no guns were found among the convoy protesters in Ottawa, while those seized near Coutts had been brought to the RCMP’s attention by the protesters (who wanted nothing to do with their owners). Finally, it was announced that an arson attack on an Ottawa apartment building that had caused serious alarm was revealed to be unconnected to the protesters.

Despite these initial successes, it is now uncertain whether these committees can continue to hold the government to account, owing to the supply and confidence agreement the Liberal and New Democratic Parties signed on March 22. The NDP has promised not to “cause unnecessary obstructions to legislation review, studies and work plans at committees.” Citing unidentified governmental sources in the Globe and Mail, Robert Fife, Bill Curry, and Kristy Kirkup reported that: “The two parties have also agreed to control parliamentary committees, which would prevent the Conservatives and the Bloc from launching inquiries.”

In essence, a minority government has now obtained majorities on these committees with this agreement: NDP MPs are allocated seats on committees as if they are part of the opposition, even though their caucus has pledged to support votes that cut off debate and limit effective scrutiny of legislation. As the Opposition whip noted, “the agreement with the NDP and Liberals commits to the New Democrats co-ordinating with the Liberals at committee.”

This agreement has sharply reduced the viability of the Parliamentary Review Committee dedicated to the Emergencies Act. It is now subject to considerably more governmental control, owing to a bait-and-switch appointments procedure that determined its co-chairs. The Liberals broke with convention and refused to appoint a Conservative chair, instead appointing one member of the New Democrats, one member of the Bloc and one senator.

The Official Opposition has no position on the leadership of the committee specifically charged with investigating the propriety of the Emergencies Act’s invocation; the new coalition now holds such a position as of March 22. Notably, the NDP co-chair has signalled his rejection of what he characterized as a narrow focus on the legality of the government’s actions, indicating that the oversight may devolve into an impossibly nebulous debate on the presence and influence of extremism within Canadian society.

Thankfully, there are two other powerful mechanisms for investigating whether there ever was a rational basis for the government to conclude it had the constitutional authority to expand its powers to terminate a peaceful protest. First, the Emergencies Act specifies that an inquiry shall be launched within 60 days of the revocation of the order. The Inquiries Act provides that such an Investigative Commission has the power to subpoena witnesses, take evidence under oath (on pain of perjury) and require the production of documents. These are essential to any post-mortem of states of emergency.

After wielding these powers skillfully in the wake of the October Crisis in the 1970s, the Macdonald Commission delivered a report titled Freedom and Security Under Law that led to numerous reforms, including the repeal of the War Measures Act and the dissolution of the domestic intelligence branch of the RCMP, which had been implicated by the Commission in political repression, including stealing the membership list of the Parti Quebecois in 1973, as part of an attempt to demonstrate that the PQ was funded from abroad and connected to violent revolutionaries.

The government has until April 23 to launch an inquiry “into the circumstances that led to the declaration being issued and the measures taken for dealing with the emergency.” For this to be credible, Prime Minister Trudeau must appoint truly independent commissioners (preferably esteemed retired judges with no connection to politics) with the narrow and specific mandate of determining whether the government knew at the time that it had no lawful basis to deploy unprecedented emergency powers against protesters.

Trudeau set horrendous precedent by invoking Emergencies Act by Michael Taube
An overextension of government powers that shot an arrow through the heart of our democracy, liberty and freedom

Such an inquiry could have long-lasting effects: the Macdonald Report catalyzed important changes, such as the creation of the Canadian Security Intelligence Service. These recommendations would also be much more credible if they included one key reform to improve the credibility of inquiries themselves: the report should recommend that in the future, the commissioners of any inquiry convened pursuant to the Emergencies Act should be the unanimous choice of an all-party committee.

A credible and productive inquiry depends on public pressure and the likelihood that it would be impossible to sweep all the government’s unproven – or disproven – assertions about the trucker convoy under the rug. The impossibility of a cover-up would be driven home by court challenges launched by the Canadian Constitutional Foundation and the Canadian Civil Liberties Association that appear to be on track to deliver a thoroughgoing assessment by the Supreme Court of Canada of the unconstitutionality of the declaration of the emergency, (by way of the Federal Court and the inevitable appeals of its rulings).

This application for judicial review (into which the government of Alberta will likely intervene on the side of the civil libertarians) is in progress; the applicants have already won some early procedural skirmishes aimed at derailing or delaying the adjudication. Every step of this process will require significant effort. However, the finish line at the Supreme Court may be years away. That said, as long as it appears on track, the Commission of Inquiry will not be able to ignore the possibility that it would ultimately be outflanked in its scrutiny of the government.

It is impossible to overstate the importance of holding the government accountable for the decision to declare an emergency and to enlarge its own powers on that basis. Our constitutional order is what transforms the commands of those who govern us into legitimate authority; without it, there is nothing that can be properly considered law. This comes at the price of imposing clear limits on what can be done to those who bear the burden of obeying the laws – the constitution is the law that governs those who govern us.

If politicians are willing to mislead the public in order to evade the most fundamental constitutional limits on their powers, they destroy the basis of their own authority. If they are willing to do this, it is unclear why any other abuse would be considered beyond the pale. This is a critical moment for the country; we can return to the constitutional principles that allowed us to remain secure in our rights and freedoms. Conversely, if the inquiry becomes a whitewash or a witch hunt for anti-government extremism, it will be the death knell of responsible government, even in extremis.

Ryan Alford is a Professor at the Bora Laskin Faculty of Law at Lakehead University.